MONALISA 2.0 – A grande finale is just the start 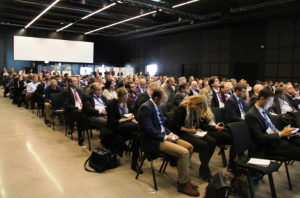 “Taking maritime transport into the digital era” – is the MONALISA 2.0 motto and almost 300 people from more than 20 countries joined the final conference in Gothenburg, Sweden, on 10 -11 November to see the progress made.

The STM Validation Project kicked-off as well. It is the next e-navigation step, and a logical follow-up. In MONALISA 2.0, the Sea Traffic Management (STM) concept was defined. Now the concept will be tested, implemented and validated by 300 ships and 13 ports in two test beds, the Mediterranean and the Nordics, supported by five service centres on shore. Perhaps the most important task is to demonstrate the business value of the services to all stakeholders. 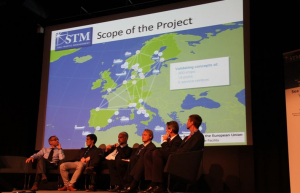 The scope of the STM Validation Project

The ports will have a head start with two test sites in Gothenburg and Valencia started during the current project. The other 11 ports will get started 2016, sharing information of planned and actual states between all actors involved in the same port call. The ships will join the ports in March 2017 to optimise port calls even further, but also testing voyage specific service further improving optimisation and enhancing safety.

The long term vision of the STM concept also delivers concrete results on the way. The industry partners of MONALISA 2.0 have been instrumental in setting the newly adopted international standard for route exchange format, IEC 61174 ed4, and also in developing the European Maritime Simulator Network, the first ever in the civil maritime world. 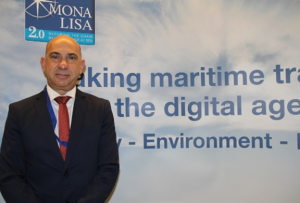 Andreas Chrysostomou, one of the keynote speakers

Keynote speaker Andreas Chrysostomou, Director of the Department of Merchant Shipping Cyprus, reflected “Personally I believe it is an innovative project, something that never happened before. It will change things. I hope that the outcome of the project will provide information to take e-navigation to a new level”.

Keynote Orlando Allard, President of RTI Latin America, ex-Panama Canal for over 30 years, said “I was a pilot in the Panama Canal and as a pilot, information is the most important thing. Situational awareness is perhaps the best tool that you can have. Determining where the other ships are in relationships to yours. Being able to know who is around you what is happening to all the other ships is perhaps one of the biggest accomplishments.   In this respect I think the MONALISA 2.0 project has contributed enormously to safety in maritime transportation. 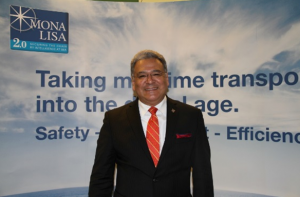 Regarding the STM Validation Project, I am hoping that Panama as a registry, and of course the Panama Canal will be able to participate in a future pilot project.  I think with over 15.000 ships going through the Canal every year it would be a great opportunity to test the e-technology developments in Panama”.

Flavio Marangon, leading the Safer Ship part of the project shared some achievements:

All the solutions have ROI in less than five years, much shorter than the average ship life span.

Pepe Díaz, leading the Operational Safety work took us on a journey where risk assessment and risk management guidelines evolved, ICT “gadgets” and new training courses were developed, and all of that was put to the test during a SAR exercise in and outside Port of Valencia in June 2015.

A panel talking about safety for large passenger ships reflected on how to build on the results and what other issues are the most urgent to address. One of the conclusions was that “soft” issues, like safety culture and knowledge sharing is important in future work.

According to Manuela Endrich: “250 people from 20 different countries took part in the dissemination of our results on stage, during the exhibition and in the different workshops. Not to mention all the new contacts and ideas that were made during the networking breaks.

It is great to see that also the international press has picked up on the event and is publishing reports and interviews from Gothenburg. Now you can find the presentations and the list of participants on the  MONALISA website:

Manuela: …”hope to see you at the STM Midterm Conference in spring 2017!”

Both Manuela Endrich and Ulf Siwe from the MONALISA 2.0 project – Swedish Maritime Administration, did their best ensuring the best outcome of this event.