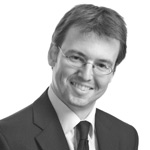 Global law firm Norton Rose Fulbright has advised The National Oil and Gas Authority (NOGA) and The Oil & Gas Holding Company (nogaholding) on the development of the Bahrain LNG terminal project, advising on both the onshore and offshore aspects including the development, construction and shipping aspects of the transaction. The project was awarded to a consortium of Teekay LNG Partners, Samsung C&T and Gulf Investment Corporation, advised by White & Case.

The project, to be built in Bahrain’s Hidd industrial area, will have an initial capacity of 400 million standard cubic feet per day (expandable to double this capacity) and will be owned and operated under a 20-year agreement starting July 15, 2018.

Nick Prowse, partner, commented:
“This is a major strategic project for the Kingdom of Bahrain and the first LNG venture for the country. We are delighted to have been a part of this innovative project, helping to secure energy supply for the future of the country. We congratulate all involved.”

Joanne Emerson Taqi, partner, commented:
“The LNG terminal will form a vital part of the energy infrastructure of Bahrain – it will give the country security of supply that it needs to meet its demand for natural gas to fuel large industrial projects and to generate power and water for the population.”