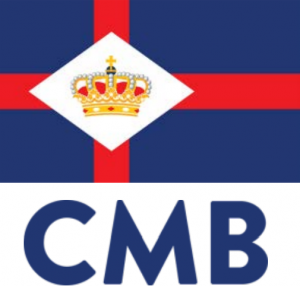 CMB and Saverco announce that on 21 December 2015, at the closing of the acceptance period of the reopening as a simplified squeeze-out of the voluntary public takeover bid in cash made on CMB by Saverco (the “Bid”), a total of 1, 270, 753 shares were tendered into the simplified squeeze-out bid. The remaining 208, 921 shares which were the subject of the Bid and which were not tendered into the Bid, are deemed to have been transferred to Saverco by operation of law.

As a result, following the effective transfer of ownership of the shares tendered into the simplified squeeze-out bid and the transfer by operation of law pursuant to article 43, section 3 of the Royal Decree on Public Takeover Bids, Saverco (together with its affiliates) shall hold a total of 34, 959, 000 shares (or 99.88%) in CMB. Together with the persons acting in concert with it, Saverco shall hold all 35, 000, 000 shares in CMB.

The payment date for the shares tendered into the Bid during the acceptance period of the reopening of the Bid as simplified squeeze-out bid is scheduled on 28 December 2015. The shares which were the subject of the Bid, which were not tendered in the framework of the simplified squeeze-out, are deemed to have been transferred to Saverco by operation of law, with consignation of the funds necessary for the payment of the price to the Deposit and Consignation Office (“Deposito- en Consignatiekas”).

As of 22 December 2015, the CMB share is delisted from Euronext Brussels.