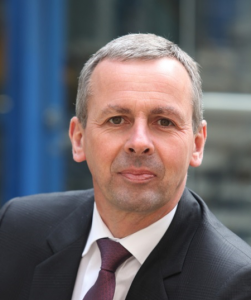 Following the resignation of Mr Anil Deshpande as CEO of Foresight, London, the Group is pleased to announce that Mr Richard Sadler FREng has agreed to a consultancy agreement fulfilling the functions of Chief Executive Officer from 1st January 2016.

Richard Sadler comes to the Group with a wealth of business experience having been Chief Executive Officer of the Lloyd’s Register Group for the last 8 years after joining from RBS where he was the Director of Asset Management.  During his time as Chief Executive, he widened Lloyd’s Register’s activity to include marine, energy, industrial compliance and consultancy service. He grew turnover from  £480m to £1.1 billion and realised the Southampton and Singapore Global Technology Centres.  He also instigated the Group becoming wholly owned by the Lloyd’s Register’s Charitable Foundation focussing on research and development and education.

In agreeing his new contract with the Foresight Group, Richard is entering new commercial sectors of asset ownership and service industries. He says “he looks forward to joining the family company, widening his knowledge and taking the Group forward with new ideas that can foster stability and growth in this challenging period following the downturn in the oil markets”.

Freight forwarders will continue to face big challenges in 2016