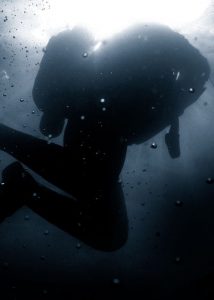 JFD, the leading global subsea operations and engineering company, has today announced the expansion of its UK footprint with the opening new offices in Glasgow and Bristol. The development is on the back of significant growth in 2015, and to further support the company’s growing customer base.

The new office at Pacific Quay will support JFD’s global headquarters in Glasgow in driving the company’s continued expansion in the commercial diving market. The Divex range of diving and subsea equipment and services is widely recognised as driving innovation and improvements in safety standards in the commercial diving industry, providing a wide range of equipment for diving operations around the world. JFD has invested in the Pacific Quay facility in support of its growing international customer base, allowing the company to further invest in developing the products, services and capabilities for the benefit of customers worldwide.

“With a number of significant contract wins and acquisitions, 2015 been a highly successful year for JFD. The expansion of our UK facilities is testament to our commitment to offer a fully dedicated through-life support services, and ensure that we foster a long-term partnership with our customers that will ultimately benefit both parties.

“The new facilities in Glasgow and Bristol will allow JFD to utilise the wide breadth of skills, expertise and innovation within the businesses to best support our current and future commitments, and further invest in developing our services and capabilities for the benefit of customers worldwide.”

JFD was recently awarded a landmark £12.1m contract by the UK Ministry of Defence (MoD) for the provision of the NATO Submarine Rescue System (NSRS), encompassing all aspects of operation and through-life support. The company has invested in the facility in Abbey Wood in Bristol to best support the delivery of its current and future commitments to the MoD, ensuring there is a dedicated resource immediately on hand to sustain all aspects of the delivery of these capabilities.

Over the past year, JFD has realised significant growth. The announcement of the NSRS contract came shortly after the company was awarded a contract by the Commonwealth of Australia for the long-term provision of the Royal Australian Navy’s submarine escape and rescue capability for five years, with further options through to 2024. JFD has also announced multiple acquisitions within recent months, including the National Hyperbaric Centre in Aberdeen, broadening JFD’s portfolio of services offered to customers in the oil and gas, hyperbaric medical, and defence markets.

JFD operates from a strong global presence across all markets including Europe, North America, Asia and Australia, ensuring that it is able to respond quickly to emergent situations anywhere in the world. The company strives to identify and develop opportunities for shared training, cross-fertilisation of expertise, and commonality of approaches, which will serve to benefit the entire global submarine community.

JFD has bases in the UK, USA, Australia, Singapore, South Africa, Sweden, and Germany. The company is perhaps best known for its submarine rescue capabilities; the company offers a range of products and services focused on the underwater domain, from special operations vehicles to commercial salvage work. For more information see www.jfdefence.com or www.divexglobal.com .

James Fisher & Sons plcis a leading service provider in all sectors of the marine industry and a specialist supplier of engineering services to the nuclear industry in the UK and abroad. With offices in the Europe, the Middle East, Singapore, India, Australia and Africa, the company serves both the private and public sectors and adopts a practical approach to the management of assets and provision of high quality services, ensuring an appropriate use of technology and a sound understanding of each customer’s requirements. Building on the experience and expertise gained over more than 160 years of operating in the marine environment. James Fisher brings practical experience, innovation and commercial best practice to all of clients’ projects and services. For more information see www.james-fisher.co.uk.