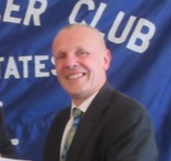 4 March 2016 – The International Seafarers Welfare and Assistance Network (ISWAN) is launching its new promotional video. The video ‘Lifeline’ made by Maritime Films UK, showcases the varied work and projects of ISWAN.

Short interviews are held with ISWAN staff as they explain the operation of SeafarerHelp, the 24 hour helpline, the work on supporting seafarers affected by piracy, and the projects dealing with the health and wellbeing of seafarers.
Roger Harris, Executive Director of ISWAN, said “We are delighted with the video that Maritime Films UK has produced for ISWAN. With the growing use of video it is important for ISWAN to use this channel to promote the work we do.”
The video can be viewed at http://bit.ly/iswanvid16
Further information is available from Roger Harris at ISWAN  roger.harris@iswan.org.uk or Rob White at Maritime Films UK rob@maritimefilmsuk.tv