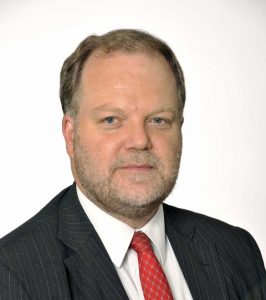 Overall confidence levels in the shipping industry fell to a record low in the three months to February 2016, according to the latest Shipping Confidence Survey from international accountant and shipping adviser Moore Stephens.

The average confidence level expressed by respondents in the markets in which they operate was 5.0 on a scale of 1 (low) to 10 (high). This compares to the 5.6 recorded in November 2015, and is the lowest rating in the life of the survey, which was launched in May 2008 with a confidence rating of 6.8.

All main categories of respondent with the exception of brokers (up from 4.6 to 5.1) recorded a fall in confidence this time, most notably charterers (down from 5.5 to 3.9), which is the lowest confidence rating by any category of respondent in the history of the survey. Confidence on the part of owners and managers was also down, from 5.7 to 4.8 and from 5.8 to 5.5 respectively.

A number of respondents continued to express concern about the level of overtonnaging, with one pointing out, “Newbuilding deliveries for 2016 will increase the total fleet by 10.5%, 7% of the current fleet is older than 20 years, and cargo volumes in 2015 were just 4.5% higher than in 2014, so the expected available fleet per metric ton of dry cargo available will be higher at the end of 2016 than it is now. As a result, there is no chance of freight levels improving.” Another respondent said, “As long as shipowners operate based on hope rather than on solid economics, there will always be booms and busts.”

Particular concern was expressed about the state of the dry bulk market, with one respondent commenting, “No dry bulk business makes any remote sense. There are too many players, too many operators, and too many vessels chasing too few cargoes. Most fixtures are concluded merely to keep the banks happy in the belief that some tiny amount of cashflow is coming in.” Elsewhere it was noted, “Dry bulk is simply at the bottom of the bottom, and actually a little lower than that.”

The need for accelerated demolition was also identified by a number of respondents, one of whom noted, “Scrapping activity is far from sufficient to compensate for incoming new tonnage.” Another observed, “Low scrapping prices provide little motivation for owners to demolish ships, ” although another still said, “Increased scrapping may help achieve equilibrium in the dry bulk sector sooner rather than later.”

Falling oil prices were also a recurring topic in responses to the survey. One respondent said, “Global bulk oil movements will be the key to conditions in the tanker market over the next 12 months. With storage facilities almost full to capacity, there will be nowhere to stock additional supplies unless global economies pick up and oil production is regulated.” Other respondents, meanwhile, saw some solace in soft oil prices, typified by the comment that, “The wet markets stand a better chance of remaining profitable on the back of weak crude oil prices.” Elsewhere, however, there was concern about the effect of falling oil prices on the offshore maritime sector, with one respondent noting, “There are companies in the offshore shipping market which are under pressure and in potential danger of being shut down.”

The likelihood of respondents making a major investment or significant development over the next 12 months was down on the previous survey, on a scale of 1 to 10, from 5.2 to 4.8, which equals the figure recorded in February 2009 as the lowest in the life of the survey to date. Owners, managers and brokers were less confident in this regard than they were three months ago, but the confidence of charterers was up, from 4.8 to 5.1. One respondent said, “We are paying for excessive investments over the past five years by speculative funds that would win an Oscar for the quickest/largest destruction of capital in the shipping world.” Another said, “Weak demand is undermining confidence and investment.”

The number of respondents who expected finance costs to increase over the next 12 months was down by five percentage points on last time, to 42%. The number of charterers anticipating dearer finance fell by 11 percentage points to 56%, but the number of owners of like mind rose by one percentage point to 36%. The number of brokers expecting a rise in finance costs, meanwhile, fell from 75% to 36%. One respondent said, “Millions of dollars are lost each day by owners, and soon will be by bankers. We are navigating very risky waters.” Another noted, “There is no future in this industry unless all sectors, including financiers, take a more in-depth approach.”

Demand trends, competition and tonnage supply featured as the top three factors cited by respondents as those likely to influence performance most significantly over the coming 12 months. Demand trends, which were up by two percentage points to 26%, remained in first place, with competition (unchanged at 21%) in second place. Tonnage supply, at 15%, occupied third place, one percentage point ahead of finance costs. Operating costs, up by six percentage points to 12%, featured in fifth place, ahead of fuel costs and regulation at 4%, the latter representing a five percentage-point drop on the figures for November 2015.

One respondent said, “Demand has let us down at the most inopportune moment possible, ” while another predicted, “Competition will remain fierce and only by aggressive marketing will we achieve growth.”

“Tankers should be able to benefit in 2016 from the lack of market consensus over oil price movements, with longer-term decisions delayed as operators search for direction, ” noted one respondent, while another commented, “Dry bulk provides opportunities for investment only for cash-rich owners who can afford to lose in the near term.” In the container ship sector, meanwhile, the point was made that, “Sometimes it seems that container ship operators are guided more by market share considerations than by sound economics.”

Respondents were asked a stand-alone question concerning the level which they expected crude oil prices to be at in 12 months’ time. 31% predicted that the price would be between $30 and $39, while 26% put the figure at between $40 and $49. 10% of respondents thought the price would fall between $20 and $29.

One respondent said, “It would be no surprise if crude tops $50 in the next 12 months, but anything significantly above that is unlikely.”

Richard Greiner, Moore Stephens Partner, Shipping Industry Group, says: “Shipping continued along its volatile course in the three months to end-February 2016, with the confidence of industry participants reaching the lowest level since our survey was launched in May 2008. This is disappointing and unsurprising in equal measure.

“When the Baltic Dry Index drops to an all-time low it is a real indication of the problems facing the shipping industry. The BDI doesn’t lie, and any doubts about the extent of those problems would have been dispelled over the past three months when reports of the fall in the BDI started to appear in the mass media, which generally carries only bad news insofar as it impacts the shipping industry.

“Most recently, however, there is better news, with the BDI starting to move upwards once more, gaining over 100 points within six weeks of plumbing the depths. Moreover, there is a reasonable expectation that the approaching peak harvest season will bolster demand for ships to carry grain and other commodities on international trade routes. This should boost the BDI further and, while shrinking demand for raw materials from China will continue to have an effect, the world will always need shipping to move its trade staples.

“Overcapacity in any industry will inevitably lead to price-cutting and eventually to financial difficulties for the weakest, the least well-prepared, or sometimes simply the unluckiest. Shipping has had its share of bankruptcies, foreclosures and restructurings during the past few years, and it is likely that we will see more over the coming months, with negotiations doubtless enlivened by the fact that shipping’s purse-strings today are often controlled by an intriguing mix of private equity and traditional shipping finance.

“The simple answer to overcapacity is to reduce the numbers, but ships are too big to hide and disposing of excess units is more difficult in shipping than in most other industries, particularly when there are record numbers of new cabs just waiting to come off the rank. Increased ship recycling is one obvious answer, although current low scrap prices mean that fewer numbers of most tonnage types are being recycled.

“In a climate of continuing overcapacity, increased regulation, ongoing political unrest and economic instability, the shipping industry must find a way to supplement the bread-and-butter of its livelihood – the freight markets. Current indications are not good. The tanker industry may still be reaping a somewhat perverse benefit from low crude oil prices, but that window of opportunity may be starting to show the first signs of closing. Roughly a quarter of respondents to our survey predicted that crude prices would be between $40 and $49 in 12 months’ time which, whilst it would have bought you only just under half a barrel less than two years ago, is more in line with the current price level.

“The dry bulk sector, meanwhile, looks especially troubled, with one respondent to our survey claiming that new historic lows in dry bulk freight rates are being set every day. Reports suggest, however, that more and younger dry bulk vessels are being recycled in spite of weak demolition rates, and contrary to the trend with other categories of tonnage.

“In any industry, the price of a service or product must exceed the cost of providing that service or product in order to achieve a return on investment. In shipping, that is simply not happening at present. Operating costs are going up while freight rates generally are not even keeping pace. Nobody doubts the ability of shipping to bounce back. It has a long history of doing just that. This time, the only question is when.”

DNV GL at CMA Shipping – What’s next for LNG