Top Posts
The BDI drops down to 1,540; Wets maintain...
John Faraclas of All About Shipping contributes to...
Irene Rosberg addresses the 22nd Parliamentary Intelligence-Security Forum
Pamella Roland Fall/Winter 2022: Bejeweled Eveningwear
Summer is on in Astypalea!
Hot Port News from GAC
Bibhu Mohapatra Fall/Winter 2022: On the Super Heroines...
Ready to hit the water? So are these...
Coach Fall/Winter 2022: A Collection That Feels Like...
Badgley Mischka Fall/Winter 2022: Wearable Sculpture in Ultra-Chic...
Power, philosophy and heroism of central bankers, and...
New superyacht goes up in flames
American Club Circular no.23/22 – EU Sanctions –...
Home ShipmanagementMarine Equipment Products and Services GE Propels the US Navy with Increased Resilience and Decreased Operational Cost 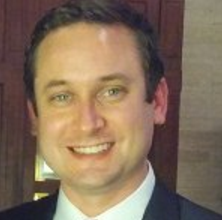 PITTSBURGH—March 24, 2016—Approximately 80, 000 tons (fully loaded) and 784 feet in length, with a beam of 164 feet—more than a third wider than most ships—Expeditionary Base Mobile (ESB) 4 is an extremely stable platform for sea base operations. Enabled by GE’s (NYSE: GE) electric power and propulsion system, and built by General Dynamics, National Steel and Shipbuilding Company (NASSCO), ESB 4 will be able to operate at a speed of 15 knots with an endurance of over 9, 500 nautical miles.

ESB 4 is the second ship of this type to be outfitted as an Expeditionary Base Mobile, formerly called the Afloat Forward Staging Base. It will be able to accommodate up to 250 personnel. The new 784-foot vessel will feature a 52, 000-square-foot flight deck, fuel and equipment storage, repair spaces, magazines and mission planning. Additionally, there will be a hangar bay and flight deck capable of supporting MH-53E and MH-60 helicopters, with an option for future upgrades to support MV-22 tilt-rotor aircraft.

“There is a growing interest in full electric and hybrid propulsion solutions for naval applications, as they offer increased efficiency, flexibility and reliability while saving money over the lifetime of the ship. GE’s technical expertise, superior products and services enable the Navy to spend more of its valuable resources, time and money focusing on the core missions that are critical to our national defense, ” said Adam Kabulski, director for naval accounts, GE’s Marine Solutions.

The ESB is part of a new class of vessels for the U.S. Navy that will support multiple missions such as air mine counter measures (AMCM), counter-piracy operations, maritime security operations, humanitarian aid and disaster relief missions and crisis response operations.

GE (NYSE: GE) is the world’s Digital Industrial Company, transforming industry with software-defined machines and solutions that are connected, responsive and predictive. GE is organized around a global exchange of knowledge, the “GE Store, ” through which each business shares and accesses the same technology, markets, structure and intellect. Each invention further fuels innovation and application across our industrial sectors. With people, services, technology and scale, GE delivers better outcomes for customers by speaking the language of industry. www.ge.com