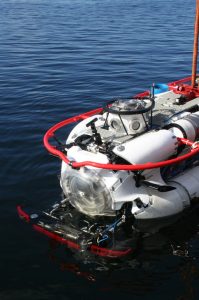 JFD, the leading global subsea operations and engineering company and part of James Fisher and Sons plc, today announced that it has been awarded a £193m contract by the Indian Navy for the provision and long term support of its submarine rescue capability. The contract includes the design, build and supply of two complete submarine rescue systems, and a 25-year all inclusive annual maintenance contract. This further enhances JFD’s worldwide submarine rescue service presence following last year’s announcement award of a £12.1m contract by the UK Ministry of Defence for operation of the NATO Submarine Rescue System (NSRS).  With this additional contract, JFD will be delivering submarine rescue services to 6 of the most advanced navies in the world confirming the leadership in this elite niche.

JFD will provide two complete fly-away submarine rescue systems, including Deep Search and Rescue Vehicles (DSRV), Launch and Recovery Systems (LARS) equipment, Transfer Under Pressure (TUP) systems, and all logistics and support equipment required to operate the service. The equipment will be designed, manufactured, integrated and tested by JFD prior to shipping to India for final commissioning and trials.

The service support will be managed in country by a team of experienced JFD engineers. Over the life of the contract, the JFD team will train local teams of engineers to maintain the systems, employing the knowledge it has gained through years of operating world-class submarine rescue services with navies across the world and creating an indigenous expert submarine rescue capability. The service contract allows JFD to share best practice, expertise and commonality of approaches, which will serve to benefit the entire global submarine community.

The twin India systems draw on JFD’s extensive experience of manufacturing and operating submarine rescue systems and will be JFD’s first third-generation rescue systems. The innovative system designs and tightly integrated components will ensure Time-to-First-Rescue – the time measured between deployment of the system and commencement of the rescue itself- is minimised. The systems are heavily optimised for ease of transport and speed of mobilisation to a Vessel of Opportunity. These advancements demonstrate JFD’s commitment to continual improvement of the operational capability of its submarine rescue services worldwide and serve to increase the likelihood of a successful rescue operation.

Giovanni Corbetta, Managing Director of JFD, said: “It is essential to the safety of submariners across the world that submarine rescue services are not just fit-for-purpose, but world class in capability, upholding the highest standards in safety and quality. The decision to entrust JFD with the supply of two submarine rescue systems is testament to the breadth and depth of our engineering expertise, and the diligence with which our submarine escape and rescue teams deliver these services.”

JFD is one of the world’s leading subsea operations and engineering companies providing complex diving and underwater systems to the commercial and defence industries.  Operating worldwide, the company is the world’s leading provider of submarine rescue capability and an established provider of submarine escape training.  The company is at the forefront of Hyperbaric Rescue, along with being the leading supplier of commercial diving equipment and saturation diving systems to the commercial industry.  JFD was created in 2014 through the merger of James Fisher Defence and Divex. In 2015 JFD acquired the National Hyperbaric Centre to further boost the services offered to its customers.

James Fisher and Sons plc is a leading service provider in all sectors of the marine industry and a specialist supplier of engineering services to the nuclear industry in the UK and abroad. Operating in over 16 countries worldwide, the company serves both the private and public sectors and adopts a practical approach to the management of assets and provision of high quality services, ensuring an appropriate use of technology and a sound understanding of each customer’s requirements. Building on the experience and expertise gained over more than 165 years of operating in the marine environment, James Fisher brings practical experience, innovation and commercial best practice to all clients’ projects and services.