Advancing towards gold production in Ontario… 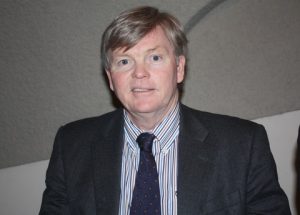 Canada has been in the grip of a mini-gold rush – one quite different from the Klondike stampede that dominated the 1890s. The more considered trend of the last 16 months has been for mergers and acquisitions in the wake of the reluctance of investors to finance big projects.

The focus has thus switched to smaller companies. Few of these have advanced-stage Canadian gold development projects remaining after the industry shake-out, and one of them, Toronto-listed Treasury Metals Inc, has been briefing investors on its progress.

Marc Henderson, Treasury Metals chairman, has been in London to detail how the company is developing in northwestern Ontario what it calls its Goliath Gold Project, aiming to make it one of Canada’s next producing gold mines.

Mr Henderson made it clear that in terms of scale and costing, the project is manageable, amid the tight financing environment.

Unlike the Yukon targets of the late 19th century, which demanded a risky North Pacific voyage to the ports of Alaska, the Treasury Metals property is comfortably served by modern transport and power infrastructure.

While the great Yukon gold rush has a famous history, gold has featured even longer in the history of Ontario, where it was discovered in 1866.

Treasury Metals is a single-asset company, and this may be one of its great advantages in the present market, where it already has a $45m market capitalisation.

Analysts have forecast that the trend of gold company mergers and acquisitions will be in the interests of shareholders whose returns have suffered amid falling valuations. Gold companies have been selling properties and slashing costs in an effort to stay alive having gone through a period in 2015 when gold was at a five-year low. In the first quarter of 2016, gold has rebounded to around $1, 250 an ounce, just above what is seen generally as the break-even point for gold juniors with high costs.

That crunch point is not so much of a worry for Treasury Metals, which has predicted an operating cash cost per ounce of gold of C$698.

The jump in gold prices prompted a revaluation of advanced stage Canadian projects and increased merger and acquisition activity, especially in the mining-friendly provinces of Ontario and Quebec, where the market has paid a premium compared to other jurisdictions. There have been half a dozen such transactions lately, with deals negotiated totalling at least $3.8bn. This clearly supports the case for investing in companies with attractive assets.

The project is one of the last relatively easy exploration plays that are close to good infrastructure. Located 20 km east of Dryden, Ontario, just off of the TransCanada Highway, it has access to power, local workforce and transport. It is a four hour drive from Winnipeg or Thunder Bay. Three operating mines run by other companies are nearby.

Treasury Metals is advancing through the Canadian permitting process to begin production in the near future with an open-pit mine about 1km long, served by a processing mill with capacity of up to 2, 500 tons per day. Strong results in metallurgy recovery are foreseen. Open pit mine life will be four years or more and underground operations would be funded from the project’s initial three years of cash flow. This would give total mine life of just over 10 years.

Treasury Metals says that the resource benefits from a high average open pit grade of 2.80 grams of gold equivalent per ton of ore, and average undiluted underground grade of 5.13 grams. At such levels, “that is financeable, ” ventured one analyst.

The company has strong insider ownership, and a management track record of negotiating buyouts.  Mr Henderson was earlier president of a company called Minefinders Corp which owned a silver and gold producing mine in Mexico and which was bought in 2012 for $1.5bn by the major, Pan American Silver.  Treasury Metals (www.treasurymetals.com) which has a global shareholder base of 7, 500 shareholders has raised $25m since 2011.