Following the success of the launch of British Marine Thames Valley’s interactive Explore Thames App in 2014, the association is proud to be re-launching a new version this Bank Holiday weekend.

An innovative, interactive iOS App for anyone visiting the River Thames, it features a live Twitter feed, detailed images of locations along the Thames and has been re-designed in line with the new British Marine branding to give it a much cleaner look. 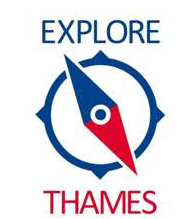 The handy App finds user’s locations using GPS and tells them where the next lock, landmark, pub, restaurant or hotel is and can also be used by those cycling, walking or fishing along the river.

The App is fully compatible with the iPhone, iPad and iPad mini range of Apple devices on iOS6 or later as well as being compatible with all mobile iOS devices and with fantastic graphics, is very user friendly.

If you are one of the many people who visit the River Thames each year, this app is for you. Find out more atwww.explorethames.co.uk.

Explore Thames is FREE to download on all mobile iOS devices from the Apple App store.

British Marine (the trading name of British Marine Federation Limited) is a membership organisation leading the UK leisure, superyacht and small commercial marine industry. It has over 1, 600 members drawn from both seagoing and inland sectors and represents an industry employing more than 31, 500 people in the UK. For more information about the work of British Marine and how to join, please visit the website:www.britishmarine.co.uk.