SINGAPORE, 5 May 2016 – Singapore Post Limited (“SingPost”) today announced that Mr Simon Israel has accepted its invitation to become the Chairman of SingPost with effect from 11 May 2016. The appointment has received the relevant regulatory approvals.

The appointment of Mr Israel followed a stringent and rigorous selection and screening process by the Nominations Committee at SingPost, with the unanimous support of the SingPost Board.

Mr Zulkifli Baharudin, Chairman of the Nominations Committee, said: “We reviewed a number of good candidates and found the best person for the job. Simon is well suited to improve the corporate governance of the company and lead SingPost to be a world class leader in eCommerce logistics.”

Mr Zulkifli added that as Simon Israel will be a non independent Chairman,  the Nominations Committee will appoint the Lead Independent Director shortly.

Mr Israel said: “I thank the management and employees of SingPost for continuing to drive business performance and transformation while issues concerning the governance and leadership of SingPost are being resolved. My immediate priorities are to lead the Board through the completion of the Corporate Governance Review, review board composition and appoint a new Group CEO.”

Mr Justin Chen, Board Director of SingPost and Vice President, Alibaba Group, said: “Simon brings with him impressive expertise in leading and managing large organisations. We are confident he will work closely with the rest of the Board to lead SingPost’s transformation into a major eCommerce and logistics company.”

Mr Israel, 63, is Chairman of Singtel and a Director of CapitaLand Limited, Fonterra Co-operative Group Limited and Stewardship Asia Centre Pte. Ltd. He is a member of the Governing Board of Lee Kuan Yew School of Public Policy and Westpac’s Asia Advisory Board. Mr Israel was formerly Chairman of Asia Pacific Breweries Limited.

He was an Executive Director and President of Temasek Holdings (Private) Limited before retiring on 1 July 2011. Prior to that, he was Chairman Asia Pacific of the Danone Group. Mr Israel has also held various positions in Sara Lee Corporation before becoming its President (Household & Personal Care), Asia Pacific. 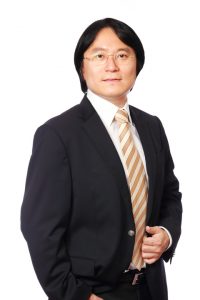 Mr Israel was conferred Knight in the Legion of Honour by the French government in 2007, and awarded the Public Service Medal at the Singapore National Day Awards 2011. He holds a Diploma in Business Studies from The University of the South Pacific.

Mr Lim Ho Kee, will not seek reappointment as a director at SingPost’s 2016 AGM after serving as Chairman for the past 13 years. He oversaw the IPO of SingPost on the Singapore Stock Exchange in 2003. During his tenure as Chairman, Mr Lim guided the management team through SingPost’s crucial transformation into an eCommerce logistics player and pivot into the global arena.

Mr Lim said: “Simon is a highly experienced business leader and strategist with a successful track record at various leading global organisations. SingPost will certainly benefit from his knowledge and international experience in driving business growth for the long term.”

RGChallenge is back: Accelerate & Fund your startup in 5 days

In three years a Polish start-up plans to employ 2, 000 IT experts