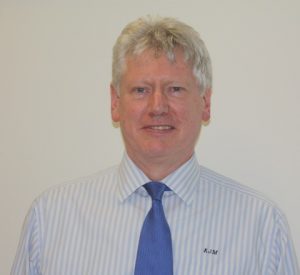 Keith Martin, the new chairman of the Association of Average Adjusters, has made clear his determination to help the Association broaden its contribution to the international marine and offshore energy market.

One of the few chairmen in the Association’s long history to have a background in the offshore energy claims sector, Mr Martin is keen to demonstrate the relevance of the body’s renowned examination system to a swathe of insurance professionals, whether or not their career is focused on average adjusting, and whether it involves marine or offshore energy.

Mr Martin was confirmed as chairman for 2016-17 at the Association’s annual meeting at Lloyd’s Old Library on May 12 2016. He succeeds Andrew Paton, of Richards Hogg Lindley. For the past year Mr Martin has been vice-chairman of the Association. In the latest stage of a career which has included average adjusting and energy loss adjusting, Mr Martin is the UK energy claims advocacy leader for the Marsh broking group.

Speaking after the London meeting, Mr Martin said that he would follow the path of his predecessor in seeking to develop the essential role of advanced education for practitioners in London and international markets.

Average adjusters are experts in insurance and maritime law, who may be appointed by any party in a marine or offshore energy claim, and are obliged by the terms of their profession to act in an impartial and independent manner. The Association’s highly regarded and rigorous examinations are a keystone in the career path not just of average adjusters but of many men and women involved in aspects of marine and offshore energy insurance.

Mr Martin said that early in his term of office he would consult with the Fellows of the Association on a proposal to broaden the scope of the body’s Associateship examinations by including an optional module for offshore practitioners.

He said that this could take the form of an extended module A2, so that candidates could choose whether to answer traditional marine questions, or be tested on offshore aspects.

Both routes would lead to the Associateship, but the change would be an excellent way for practitioners in the offshore sector to aim for the greatly-valued qualification.

“Many people in offshore have technical qualifications – engineering, surveying or as ex-seagoing officers, for instance – but might be inadequately equipped on the marine law and insurance aspects, ” said Mr Martin.

“I think this is something to which the Association of Average Adjusters can respond, to consolidate the Association and give it greater appeal, and to spread the word that there is a path for entrants which would lead to a recognised qualification and be the start of further professional study.”

Almost all offshore policies written in London and other major markets are adaptations of marine policies, so from that perspective the relevance of pure marine knowledge is clear. For instance, sue and labour (the clause which allows the insured to recover from the insurer reasonable expenses incurred to minimise or avert a loss to a ship or other insured property) is a concept recognised as much in offshore as in marine.

“What is different is that whereas a trading ship, by definition, floats from place to place, many of these other assets do not, so some of the dynamics are quite different, ” said Mr Martin.

He added: “The main objective of the Association is the maintenance of professional standards, so I am keen to ensure that our examinations remain popular, and that they are up to date. The shape of the Association is rather different from 1981 when I first became involved. These days, people holding the qualifications can be found in insurance companies, broking, claims consultants’ offices, surveying offices and so on. There is a much wider spread of the skills than when they were concentrated within the independent profession of average adjusting.

“I think the challenge is not to be fearful of the fact that there are fewer independent practitioners working for dedicated average adjusting firms, but to be confident that the skills are in as much demand as ever and that the Association can continue to be a guarantor of professional standards. There are enough young people in the industry to whom the AAA can be relevant.”

Mr Martin added: “We are very keen to keep the Association growing, including outside the shores of the UK. There are some 532 men and women from 36 countries who are Fellows, Associates, Subscribers and Representatives and Affiliates.

“We are proud to have first-class relations with the Association of Average Adjusters of the United States and Canada, and European and Japanese associations.

“In addition, there has been an increase in affiliations with complementary associations within the marine industry. Significant efforts have been made in that direction, and borne fruit.”

Mr Martin will lead the Association in maintaining a strong profile by means of among other initiatives biannual London seminars in conjunction with the International Underwriting Association, the next one scheduled for autumn 2016 and another in spring 2017.

Among other duties in the coming year, Mr Martin will be monitoring closely the latest conclusions of high-level experts on proposed reforms to achieve greater international uniformity in the adjustment of General Average by means of the revision of the York-Antwerp Rules.

Last chance to shine before Rio 2016

From farm to fork – Meet the perishable supply chain