Seafarers UK calls to the Government and the UK shipping industry 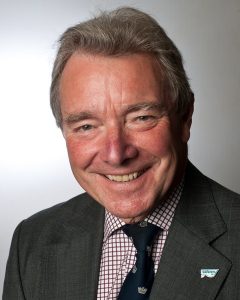 Seafarers UK, the unique maritime charity that oversees the whole UK maritime environment, calls on both the Government and the UK shipping industry to invest in training of British Merchant Navy officers to meet huge manpower shortfall

This year, their ‘Seafarers Awareness Week’ (20-26 June) has the specific theme of promoting ‘Maritime Jobs for Future Generations’.

A recent report from the International Chamber of Shipping has revealed a current shortfall of 16, 500 deck and engineer officers. The forecast global shortage of maritime officers is alarming; 92, 000 by 2020 and 147, 500 by 2025.

The demand for officers has increased by 24% from 2010. But since then the number being trained in the UK has hardly changed. Less than 1, 000 British cadets each year commence training for Merchant Navy careers.

Seafarers UK’s Director General, Commodore Barry Bryant, said: ‘There is an urgent need for serious investment in our young people who want to work at sea, both from the Government by allocating more funds for training, and from the shipping industry by ensuring that all British cadets are guaranteed time at sea to become qualified. Without increased investment in the UK’s maritime skills base, we will face a serious shortage of men and women who in due course will move from seafaring to shore-based roles, such as port operations, crew manning services, ship broking, chartering and insurance.  A large part of the nation’s and the City of London’s maritime competence will rely on these future UK seafarers’

The UK maritime industry directly contributes at least £11 billion a year to the UK economy, while supporting over 113, 000 jobs.

Seafarers UK provides bursaries for cadets who are keen to work at sea but are prevented from doing so by financial constraints. The charity believes that what is required now is a fresh and joined-up approach to making young people aware of our great maritime heritage, the huge importance of the sea to our island nation, and the consequent career opportunities for training to work in the UK’s maritime growth areas, including:

Commodore Bryant continued: ‘By promoting Maritime Jobs for Future Generations we want to make more young people aware of the exciting career choices at sea and ashore, and to make them aware before they choose alternative employment options that receive more publicity in schools and from careers advisers. ‘No one in our island nation lives more than 70 miles from the coast. And the UK has more ports and harbours than anywhere else in Europe. 95% of everything we import comes by ship, including half the food we eat. That is not going to change, and the global shipping industry will continue to grow.’

As an organisation that has been supporting seafarers for 99 years, Seafarers UK wants to see more British officers in the world’s ships. But for that to happen more money must be allocated for training, and more berths are required on ships so cadets can gain the essential sea-time they need to become qualified as officers.

Seafarers Awareness Week runs from 20 June to 26June, promoting ‘Maritime Jobs for Future Generations’. It is the seventh awareness-raising week coordinated and promoted by Seafarers UK, the charity that since 1917 (when formed as King George’s Fund for Sailors) has been helping people in the maritime community. Website: www.seafarers.uk