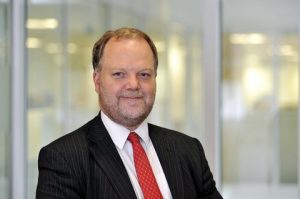 Overall confidence levels in the shipping industry rose slightly in the three months to May 2016, according to the latest Shipping Confidence Survey from international accountant and shipping adviser Moore Stephens.

In May 2016, the average confidence level expressed by respondents in the markets in which they operate was 5.1 on a scale of 1 (low) to 10 (high). This is a slight improvement on the 5.0 recorded in February 2016, but is still the second lowest rating in the life of the survey, which was launched in May 2008 with a confidence rating of 6.8.

Confidence on the part of owners was markedly up this time, from 4.8 to 5.7, while charterers were also slightly more optimistic than in February, their rating inching up from 3.9 to 4.0. Confidence among managers and brokers, however, was down, from 5.5 to 5.1 and from 5.1 to 4.3 respectively.

Economic and geopolitical uncertainty was uppermost in the thoughts of many respondents. “Overall world economic growth is still not moving concertedly in a positive direction, ” said one, “so that we have what might best be described as a patchy global economic recovery.” Another emphasised, “Unless there is a drastic change in geopolitical events, shipping markets will remain in their present condition for another 12 months.” Elsewhere it was noted, “World economies are in transition, and we have to adapt to a period when money is not so easy to come by.”

The availability of money for shipping projects, meanwhile, was another recurring theme in respondents’ comments. “Finance is way too cheap, ” said one, “and has caused a massive over-supply of tonnage.” Not everybody agreed, however. One respondent complained, “Demands for early loan repayments have been a huge blow to owners’ survival plans, ” while another said, “Unstable income due to the collapse in the markets has led financiers to lose confidence in owners.”

Once again, a surfeit of tonnage and a paucity of scrapping were referenced by a number of respondents. One noted, “Far too many newbuildings in the ultra-to-VLOC size range will be hitting the market in the next 12-to-18 months, ” while elsewhere it was noted that what is needed is, “strong scrapping, fewer dry newbuildings, stiffer regulations, better and more uniform control.”

Another respondent said, “Over-supply of tonnage is still the key influencing factor in the market, and there will be no real change until bold decisions are made in respect of scrapping tonnage which is less than twenty years old.”

It was not all pessimism, however. One respondent insisted, “There are lots of opportunities in the market for smart operators. Those who merely follow the lead of others will, as always, suffer, because they do not understand the market.” More than one respondent, meanwhile, emphasised that, in many cases, there is simply no alternative to shipping. “Shipping is the major means of transporting goods in the world, and shipping lanes will continue to increase, ” said one. “There is still a market out there, ” said another, “but we can’t all be winners, and there is no longer any room for mediocre performance.”

The likelihood of respondents making a major investment or significant development over the next 12 months was up marginally on the previous survey, on a scale of 1 to 10, to 4.9 from 4.8 last time, which equalled the figure recorded in February 2009 as the lowest in the life of the survey to date. The confidence of owners in this respect was up significantly, from 4.9 to 5.7, while managers also recorded a small increase, from 5.3 to 5.4. Charterers and brokers, however, were less confident in this regard than they were three months ago, dropping from 5.1 to 4.1 and from 4.4 to 3.5 respectively.

The number of respondents who expected finance costs to increase over the next 12 months was down by one percentage point on last time, to 41 %. The numbers of owners (37 %), managers (49%) and brokers (44 %) anticipating dearer finance were up by one, 6 and 8 percentage points respectively, but charterers’ expectations in this regard were down by 27 percentage points to just 29%.

Respondents were asked a stand-alone question concerning whether or not the UK should leave the European Union. Overall, 77% of respondents felt the UK should remain in the EU. But whereas 79% of owners and 75% of managers were of that view, in the case of charterers and brokers it was significantly lower – 57% and 38% respectively. Twenty percent of respondents felt that an EU exit would have some negative impact on their business, but 64% said it would have no impact at all. So far as UK respondents alone were concerned, 59% thought the UK should remain in the European Union, while 49% thought that leaving the EU would have no impact at all on their business.

One respondent said, “There is likely to be no major impact if the UK votes to leave the EU, but there could be a period of uncertainty in connection with rules and regulations.” Another, however, pointed out, “Shipping is a very complex international business. Having an extra layer of bureaucrats in Brussels has a negative effect on economic wellbeing under just about any form of government.”

Richard Greiner, Moore Stephens partner, Shipping Industry Group, says, “If there is one thing certain in the current shipping market, it is the level of uncertainty which is pervading all sectors at the moment. Over the three months covered by our latest survey, that uncertainty has embraced a variety of industry-specific issues, as well as geopolitical factors ranging from the UK referendum on EU membership to the comparative slowdown in the Chinese economy. Against such a background, any increase in shipping confidence – however small – is welcome.

“Many of our respondents continue to express serious misgivings about the extent of overtonnaging, and about the inadequacy of current levels of demolition activity. One informed estimate recently put world shipbuilding overcapacity at 50%. Other estimates, meanwhile, put first-quarter 2016 demolition levels at roughly 50% more than in the same period the previous year. Where ship recycling is concerned, however, 50% of not very much is not enough. As one respondent to our survey noted, ‘We have still to see 15-year-old ships being sent to scrapyards in any meaningful manner.’

“There is meanwhile little cheer in the freight markets. In the dry bulk sector, rates are described as ‘dire’, while it is reported that the container ship market is seeing some of the lowest freight rates in its history. The tanker sector is faring better by comparison, but its fortunes over the coming 12 months will be closely linked to what happens to oil prices. The Baltic Dry Index, although recovering from its recent all-time low, is languishing by comparison with its ‘salad days’, and may continue to do so for some time absent a significant upturn in the Chinese economy.

“It is clear that shipping is in for a hard 12 months. The problems cited by the respondents to our survey are familiar in nature and, in many cases, growing in the extent of their severity. The fact that only 5% of respondents considered regulation to be one of the main factors likely to influence their performance over the coming 12 months is either an indication of the severity and immediacy of other factors, or else an acceptance that there is still time to save up for what is needed to comply with new regulation. The Ballast Water Management Convention now stands on the cusp of ratification at a largely unquantifiable cost to operators.

“The mood of our respondents was not universally downbeat, however. A number continued to emphasise the fact that other methods of transportation are invariably not a viable alternative to shipping, while others stressed that innovative operators will always find a way to succeed, including accessing the finance needed to do so. And while some complained about the difficulty of securing or maintaining finance, 45% of owners rated the possibility of making a new investment over the coming 12 months at 7 out of 10 or higher.

“In general terms, the continuing advent of new technology and the relentless march of regulation are intended to make shipping safer, cleaner, more accountable and more competitive – an environment that would be a natural fit for well-founded operators with sound business plans and long-term aspirations. But the cost of achieving those aims is high, and ultimately much will depend on the industry’s ability to rationalise capacity and thereby push up freight rates.”

*Moore Stephens LLP is noted for a number of industry specialisations and is widely acknowledged as a leading shipping, offshore maritime and transport & logistics adviser. Moore Stephens LLP is a member firm of Moore Stephens International Limited, one of the world’s leading accounting and consulting associations, with 657 offices of independent member firms in 106 countries, employing 27, 613 people and generating revenues in 2015 of $2.7 billion.www.moorestephens.co.uk

HARRIS PYE to benefit from Mosbaek Group’s US relationships