Last Call to submit your applications for the ESPO Award 2016! 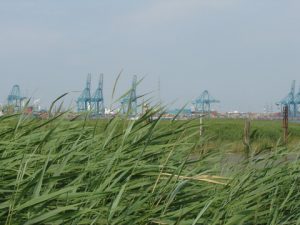 24  June 2016 -If you are interested in submitting a project for the ESPO Award 2016, you should not be waiting too long as the submissions should reach the ESPO secreteriat by next Friday (1 July).

The ESPO Award 2016 will go to the port authority that succeeds the best in safeguarding and further upgrading the nature and ecosystem (on land and/or waterside) in the port area and would also reward ports that succeed in opening up these areas for the people living around the port and let them enjoy that nature, notwithstanding ISPS restrictions.

The theme for the 8th ESPO Award on Societal Integration of Ports is “Nature in Ports”. In general, European ports are part of very valuable ecosystems, both on the land and waterside. Many port areas are also neighbouring Natura 2000 areas or even consist of Natura 2000 areas. Port authorities in Europe invest a lot of time and efforts in maintaining and improving the quality of the nature in the port.

Project submissions have to reach the ESPO secretariat by email to Cecile.Overlau@espo.be by Friday 1 July 2016 at the latest. The terms of reference and application form can be found online. The 8th ESPO Award will be officially handed out during an Award Ceremony and Port Night, which will take place on 9 November 2016 in Brussels.

To promote the efforts made by different European ports to enhance the city-port relations through innovative projects, ESPO decided in 2009 to give out an annual ESPO Award on Societal Integration of Ports. After the two first editions, it was decided to focus each year on one different aspect of societal integration.

The themes addressed so far are: Creative Strategies to Communicate the Port to the Wider Public (2011), Youth (2012), Heritage (2013), Innovative Environmental Projects (2014) and Relationship with Schools and Universities (2015). Every year, the winner is selected by an independent jury of international experts. The Award is given during a ceremony that takes place in Brussels and gathers more than 200 guests.

More than 140 port projects have been submitted to compete for the ESPO Award on societal integration of ports since its establishment in 2009.

Brexit: next steps for out – how will this affect your business?