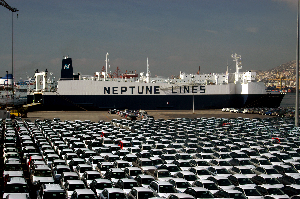 The vessel Neptune Ploes,  which can accommodate up to 750 units at a time, is connecting eight countries and ports across the Arabian Gulf on its new, regular two-loop schedule, interchanging weekly, which also includes port stops in UAE, Oman, Abu Dhabi and Saudi Arabia.

With the region heavily reliant on car imports and a strong demand for vehicles including 4×4 SUVs and cross-over vehicles, Neptune Lines’ new Arabian Gulf short sea service will meet the need for a regular and reliable shipping schedule for car dealers and retailers, project customers, intra-gulf and cross-trade. 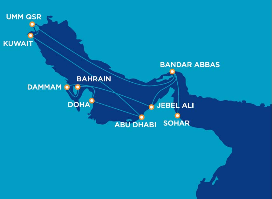 Neptune Lines provides short sea transportation solutions to over 28 countries and 30 key ports in the Mediterranean and the Black Sea. The new Middle East addition to its service is a significant business development for the company which delivers nearly a million vehicles a year worldwide.

Comments Eddie Filus, Executive Vice President, Liner at ISS: “We’re delighted to be appointed as agents on Neptune’s new Arabian Gulf short sea service as they expand into this region.

“As we’re already close partners with Neptune Lines in their other markets, we’re especially pleased to be working with them on this new venture in the Middle East.”