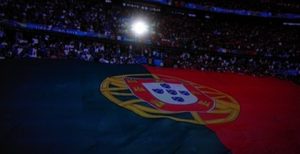 En-lightening! Portugal all the way!

Portugal all the way; what a soccer game that was earlier on last night! What a tournament that was! What a final that was; excitement at its best! Ole!

The Portuguese built up began after their greatest disappointment when, as hosts of Euro 2004, lost to the Greek team 1-0 in the final at Lisbon’s famous Stadium of Light. Enlightened by this result and with an excellent convergence of all means and strategies after a difficult-go-through at the EURO 2016 in France (see the scores and you will understand why), they managed to lift the trophy at the Stade de France. Cest la vie!

The Greek words oxymoron (οξύμωρον) and paradox (παράδοξο) have its match with Portugal, as they have won only one game in 90 minutes. For the record also of this oxymoron-paradox situation, they have finished third in their group. That proves the fact that “it is not over until is over”. France, the favourites, not just because they were the host nation with whatever the additional advantages this entails, didn’t capitalise on the crowd and the professional coolness they should have shown and lost. All in all it was a great game!

Portugal alike Greece is a maritime nation to all intents and purposes (great explorers, traders, charterers, shipbuilding (historically speaking in terms of major construction) and shiprepair and conversion specialists, as well as good in shipowning and shipmanagement), and a great cooperation exists between these two south European nations. Add some connection with Portuguese players that from time to time take part with Greek teams in Greece’s League Division one, and you will see some more interwoven relations.