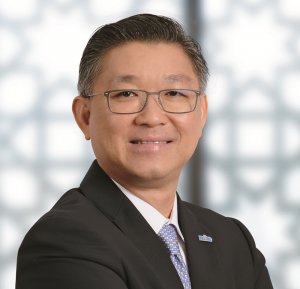 LNG business also recorded decrease in revenue from operating a smaller fleet of vessels and lower charter rates earned on new contracts. However, with the completion of the 50% equity buyback of GKL on 13 May 2016, GKL’s results have been fully consolidated from the said date, mitigating the decrease in revenue for the current quarter.

MISC’s President/Group Chief Executive Officer, Mr. Yee Yang Chien said “The second quarter showed mixed results that are impacted by lower contribution from our Heavy Engineering and LNG businesses. Nonetheless, balancing the scale, the completion of the acquisition of Gumusut-Kakap Semi-Floating System Ltd. (“GKL”) as well as steady contribution from our Petroleum business have contributed to strengthening our financial position considerably.”

Group operating profit of RM500.3 million was lower than the corresponding quarter’s profit of RM672.1 million, mainly due to higher depreciation in LNG and Petroleum businesses from the change in estimated useful life of vessels totaling RM105.2 million. Heavy Engineering business also recorded lower operating profit in line with the decrease in its revenue. However, Offshore business recorded higher operating profit following completion of the 50% equity buyback of GKL in the current quarter.

Group profit before tax of RM1,374.1 million was higher than the RM772.6 million profit in the corresponding quarter mainly due to recognition of a gain on acquisition of subsidiaries following completion of the 50% equity buyback of GKL

Group operating profit of RM1,475.9 million was 30.0% higher than the corresponding period’s profit of RM1,135.6 million, mainly from recognition of compensation for early termination of time charter contracts for two LNG vessels, reversal of provision for a legal suit in the current period and improved freight rates in the Petroleum business. However, the Group also recognised impairment provisions in its Offshore business and losses in its Heavy Engineering business from lower revenue in the current 6 months period.

Commenting on MISC’s plans ahead, Mr. Yee said “Moving forward, we expect no less than a challenging year ahead with the current slump in the global oil and gas sector. However, our priorities remain unchanged and the future growth of MISC will be guided by our 5-year business strategy towards attaining a sustainable level of secured profits by FY2020. For this purpose, our emphasis is on advancing the growth of our four core business segments in LNG, Petroleum, Offshore and Heavy Engineering businesses.”

High global stock level is expected to dampen demand for the movement of crude oil in the immediate term. Coupled with projected larger delivery of new petroleum tankers in second half of 2016, freight rates may come under some pressure. However, this will be compensated by rising seasonal demand towards the end of the year.

Meanwhile, the market for LNG vessel spot charter remains weak due to the escalating oversupply of vessels. This negative outlook is expected to remain throughout the year. On a positive note, the Group’s present portfolio of long term charters that are in place will underwrite a steady financial performance for MISC’s LNG fleet for the rest of the year.

As upstream activities in the oil and gas sector stay extremely sluggish in view of the low oil price environment, prospects of new tenders and projects remain poor.  As a result, the underutilization of assets at the Group’s heavy engineering business, MHB, may be subjected to impairment tests. MHB’s initiatives in diversifying into the onshore segment, hook-up and commissioning as well as facilities maintenance projects have partly helped replenish the order book in the short term. The marine business of MHB continues to provide some reprieve against the slowdown in the heavy engineering segment.

MISC Berhad (MISC), a subsidiary of PETRONAS, was incorporated in 1968 and is a world leading provider of international energy shipping and maritime solutions.

Its fleet consists of more than 110 owned and in-chartered LNG, Petroleum and Product vessels with additionally 16 floating facilities. The fleet has a combined capacity of approximately 12 million dwt.

Aside from its shipping business, maritime education is a priority for the Company and its Malaysian Maritime Academy (ALAM) is ranked amongst the top 10% of the world’s Maritime Education and Training (MET) institutions.

Operating a modern, well-diversified fleet and backed by a knowledgeable workforce of more than 10,000 employees from all corners of the globe; MISC is committed to impart quality services to our customers, creating value for our stakeholders and contributing to the sustainability of the Industry.