ASTRA and SPAR SHIPPING: What happens when a time charterer fails to pay timely hire?

Legal Assistance and Defence Cover (LADC) is available to Members in addition to the traditional P&I cover. We are very grateful to Ian Teo, Partner at Rajah & Tann’s, Shipping and International Trade, Singapore, for sharing an example of where LADC cover can assist Members in the event of a dispute between Owners and Charterers in relation to termination of a charterparty.

Amongst the legal issues shipowners and charterers are interested in, the issue of whether a shipowner can terminate a charterparty and how much they can claim after termination ranks high. The answer was settled for decades until the 2013 English High Court decision, THE ASTRA. Then, just as the industry was coming to terms with THE ASTRA, the traditional view was reinstated in 2015 with an English decision (SPAR SHIPPING). These two High Court decisions stand side by side pending the decision of the English Court of Appeal in SPAR SHIPPING. As we await the decision of the appeal, this note revisits the two High Court decisions and their impact. 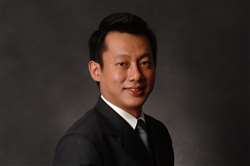 What are the consequences when a time charterer (‘Charterer’) fails to pay charter hire on time?

There are two aspects to this issue:
1. Whether the shipowner (‘Owner’) can terminate the charterparty.
2. How much the Owner can claim. Is the Owner confined to charter hire which had fallen due and payable at the time of termination (outstanding hire) or can the Owner also claim damages in respect of the unexpired charter term (expectation losses)?

When can the owner terminate the charterparty?

There are three possibilities as to when an owner can terminate a charterparty:

1.Traditionally, the obligation to pay charter hire is generally regarded as an innominate term¹. Hence, the Owner’s common law right to terminate the charterparty for failure(s) to pay hire on time depends on the ‘severity’ of the breach. The test to be applied is whether the failure(s) to pay hire on time, therefore substantially depriving the Owner of the whole benefit of the contract e.g. the HONGKONG FIR test.

2.The other possibility for common law termination is that the parties had agreed to elevate the hire payment obligation to a ‘condition’. If the payment obligation is a condition, then a breach in and of itself constitutes a ‘repudiatory breach’, regardless of severity. This entitles the Owner to terminate the charterparty under common law². In the absence of express indications that the parties treated the payment obligation as a ‘condition’, it is generally regarded as an innominate term. Such express indications are usually absent in charterparties based on standard form contracts.

3.Besides common law termination, another possibility is an express termination clause. A well-drafted charterparty would contain a clause expressly conferring the Owner the right to terminate or withdraw the vessel in the event of a default in hire payment. If there is such a clause, the Owner may terminate or otherwise withdraw the vessel upon late hire payment. There is no need to ask whether the hire payment term is an innominate term or a condition. Such clauses typically grant a ‘grace period’ for the Charterer to remedy the default. These are well-known ‘anti-technicality clauses’.

How to determine what damages the shipowner can claim

Traditionally, the hire payment term is regarded as an ‘innominate term’, not ‘condition’. Hence, when considering issues of termination and damages, the HONGKONG FIR test would apply. Although it is often difficult to apply the HONGKONG FIR test, the principle was at least well-established, until the decision of the High Court decision in THE ASTRA.

The ASTRA – upsetting the traditional view?

In KUWAIT ROCKS CO V AMN BULKCARRIERS INC (THE ASTRA) [2013] 2 Lloyd’s Rep 69 (‘THE ASTRA’), Mr Justice Flaux found that a hire payment clause in a charterparty was a ‘condition’ of the contract which entitled the shipowner to terminate and claim outstanding hire plus expectation losses. The clause was Clause 5 of the NYPE 1946 form, a commonly used time charter form in the dry bulk trade. Clause 5 provided that failing ‘punctual and regular payment’, the shipowner has the ‘liberty to withdraw the vessel’. There was also an ‘anti-technicality clause’ which provided a two-day grace period following the anti-technicality notice. The decision may be broadly summarised as follows:

a) Clause 5 “makes it clear there is a right to withdraw whenever there is a failure to make punctual payment, …irrespective of whether the breach is otherwise repudiatory, the contract treats it as sufficiently serious as to entitle the owners to terminate… this is a strong indication that it was intended that failure to pay hire promptly would go to the root of the contract and thus that the provision was a condition…”

b) Second, “the general rule in mercantile contracts, where there is a ‘time’ provision requiring something to be done by a certain time or payment to be made by a certain time, is that time is considered of the essence…”

c) Clause 5 was previously considered by Brandon J. in THE BRIMNES [1972] who held that “…there is nothing in Clause 5 which shows clearly that the parties intended the obligation to pay hire punctually to be an essential term of the contract, as distinct from being a term for breach of which an express right to withdraw was given”. According to Flaux J., the anti-technicality clause in THE ASTRA reinforced the fact that time was of the essence – the charterers had a maximum grace period of two days. THE BRIMNES was distinguished on the basis that there was no anti-technicality clause in that case.

It is important to have certainty in commercial transactions. The shipowner ought to know with certainty when it could terminate the charterparty upon the charterer’s breach.

Based on THE ASTRA, if a time charter contained an express withdrawal clause in the event of late payment and an anti-technicality clause, the shipowner could expect to claim the outstanding hire and damages for the unexpired charter period. There is no need to ask whether he was deprived of substantially the whole benefit under the charter when considering the issue of damages. This changed again with the decision in SPAR SHIPPING AS v GRAND CHINA LOGISTICS HOLDING (GROUP) CO. LTD [2015] 2 Lloyd’s Rep 407 (‘SPAR SHIPPING’), released two years after THE ASTRA on 18 March 2015.

SPAR SHIPPING: High court – a return to the traditional view?

SPAR SHIPPING reinstated THE BRIMNES position. Mr Justice Popplewell found that Clause 5 was an innominate term, not a ‘condition’. Broadly, the main grounds for the decision may be summarised as follows:

a) The fact that an Owner can withdraw the vessel (or terminate) upon the breach of a term does not by itself indicate whether the term in question is a ‘condition’. The addition of an express right to withdraw when the charterer defaults in hire payment suggests there would be no such right in the absence of such an express termination clause.

b) Popplewell J also noted that the presumption in commercial contracts is that ‘stipulations as to time of payment’ are not of the essence in the absence of a clear indication to the contrary.

c) The wording of the anti-technicality clause does not show that the parties intended time of payment to be of the essence.

d) The option to cancel or withdraw the vessel provides certainty as to when the shipowner could legitimately withdraw (or terminate). There is no need to confer on the shipowner an unmerited right to damages.

Accordingly, SPAR SHIPPING reinstated the ‘orthodox’ position that hire payment is generally an innominate term. In addition, the HONGKONG FIR test remains relevant in terms of right of termination (in the absence of an express withdrawal or termination clause) and the entitlement to expectation losses. Some applauded SPAR SHIPPING for reintroducing orthodoxy. The difficulty is that SPAR SHIPPING and THE ASTRA are both decisions of the High Court. As it turned out, unlike THE ASTRA, SPAR SHIPPING was appealed against. The SPAR SHIPPING appeal has been heard by the Court of Appeal and a decision is pending. Owners’ interests may welcome an affirmation of THE ASTRA. An endorsement of Popplewell J’s position on the other hand restores the status quo. Either way, a Court of Appeal decision would be much welcomed by shipowners and their insurers, to finally determine the correct approach when Charterers fail to pay hire on time.

The Club would like to thank Ian Teo for contributing this article.