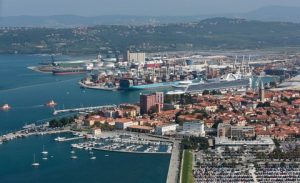 Port of the Month: Port of Koper (Slovenia)

Shortlist puts the ports of Bremen, Cartagena, Dunkirk, Guadeloupe and Riga in competition for the ESPO Award 2016

The projects of the ports of Bremen, Cartagena, Dunkirk, Guadeloupe and Riga have been shortlisted for the eighth European Sea Ports Organisation (ESPO) Award on Societal Integration of Ports. The jury selected these five applications from a total of 11 submissions. The theme of this year’s competition is ‘Nature in Ports’.
26 September 2016 | Read more

Court of Auditors’ assessment of regional funded port projects in the period 2000-2013 may not prejudge the current TEN-T policy and financial framework Today, the European Court of Auditors has published its special report, Maritime Transport in the EU: in troubled waters – much ineffective and unsustainable investment, which looks into the value for money delivered by EU funded investments in ports services. Concretely the Court of Auditors audited EU funded port infrastructure projects in 19 ports in five Member States. The audit covers the previous financial periods (2000-2013) and is looking almost exclusively at regional and cohesion funding.
23 September 2016 | Read more

As ESPO, we led the transport campaign that asked the European institutions to strengthen the Connecting Europe Facility (CEF) heading in the EU budget in the context of the mid-term review of the MFF. We are quite happy about the Commission proposals.
15 September 2016 | Read more

Council of the European Union

Whatever happened to the Capers… and geopolitics…?