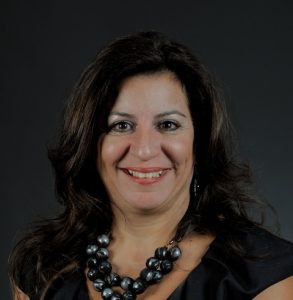 The UK Chamber of Shipping in partnership with international law firm Hill Dickinson held a half-day Crime at Sea Seminar at Hill Dickinson LLP’s office at Broadgate Tower, London on the afternoon of 19th October.

This event discussed, amongst other things, how shipowners should preserve and collect evidence when a crime occurs or is alleged on board their vessel as well as previous experiences of what happens when such a scenario arises for real.

Maria Pittordis, Head of Marine, Trade and Energy at Hill Dickinson LLP, presented on the topic of ‘Crime at Sea’ with a focus on jurisdiction, legal and practical difficulties, and future developments including the UK Policing and Crime Bill. Maria discussed the complicated nature of jurisdiction and how this could be overcome.

With more than 30 years’ experience in litigation, Maria Pittordis also heads up the marine personal injury team in London. She is a specialist in dealing with crimes at sea and the resulting procedural, civil and criminal consequences. She offers advice and training to clients on their responsibilities.

Hill Dickinson’s renowned marine, trade and energy practice operates from offices in Liverpool, London, Piraeus, Singapore, Monaco and Hong Kong and receives instructions from the full spectrum of those involved in the maritime industry including shipowners, charterers, shipyards, P&I clubs, port and terminal operators, underwriters and traders. The team is ranked in this year’s legal directory The Legal 500 UK 2016 where it is praised for ‘an excellent service’ and noted for its ‘in-depth resources’ and ‘excellence on wet and dry matters’.