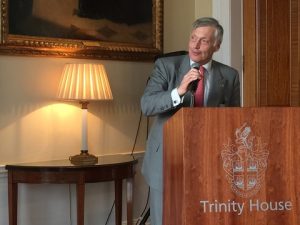 Having in line with other shipowner mutual insurers announced a zero “general increase” in premiums for the February 2017 renewal, the American P&I Club is in good heart.

This was clear from the positive atmosphere at the club’s traditional December gatherings in London and in Piraeus for brokers and others in the maritime community, when there were capacity audiences.

Shipowners have received further glad tidings, as the International Group of P&I Clubs has cut its excess loss reinsurance rates, with crude tankers and dry cargoships reaping most benefits. Reductions vary from 5% to 9.3% depending on vessel type. 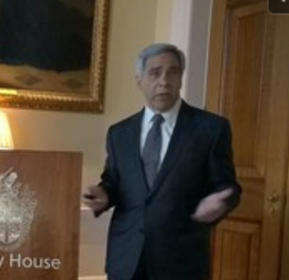 Insurers have taken on board the industry’s improved claims record, their better investment returns, and the fact that operators are suffering from a continuing slump in freight rates that has seen some big company names go out of business.

At the American Club’s Trinity House get-together, those present heard that the club has gained 1.5m gt net since the beginning of the policy year, February 2016, and that sister operation American Hellenic Hull Club has signed nearly 1,000 vessels after just a few months since its launch.

The background is that perhaps for the first time every major club has forgone a call for a general increase at the next renewal. One senior broker, Martin Hubbard of Tysers, has written in his P&I review: “So, the 2017 renewal will be the softest in the writer’s lifetime, and that is a lot of years. Even so, the clubs will face very difficult discussions with members who continue to suffer with depressed freight markets and look with envy and some justifiable resentment at the continuing enrichment of the clubs.” 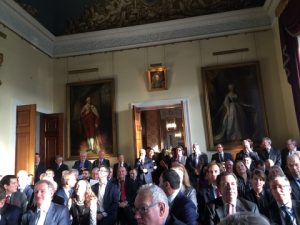 Mr Hughes said that 2016 had been an extraordinarily good year for the level of claims on the club, and in terms of contributions to the International Group of P&I Clubs pool.

At the end of October 2016, the return on the club’s investments stood at 2.4%, and Mr Hughes was “optimistic these figures will be even more respectable at year-end.”

The club underwrote almost 2.5m gt in new tonnage since February 2016, and “We are optimistic this result will increase further by the end of the 2016-17 policy year”. 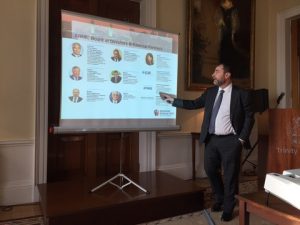 Ilias Tsakiris during his presentation

The American Club chief spoke of the changing composition of the insured portfolio.  Two years previously it contained more dry bulk carriers than tankers, but the tanker market has been better than the dry sector and expanded.

Geographically, 48% of the club’s entered tonnage was run from the Europe, Middle East and Africa region, and 35% from North America, he said. The club had added 10% more tonnage in the past 12 months, and there was growing confidence in Greece.

The club made what it calls a strategic investment in the hull and machinery market in 2015 by establishing American Hellenic Hull Insurance Co, the first new Solvency II licensed insurance company in Cyprus (possibly the first in the European Union) writing hull and machinery business. 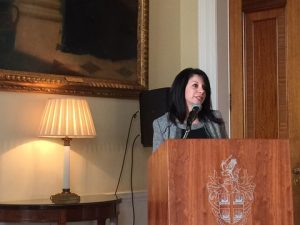 The core of business for American Hellenic Hull derives from that of Hellenic Hull Mutual Association which had a substantial following, particularly within the eastern Mediterranean. Mr Hughes said at the time of its formation: “This is one of the most significant developments in the American Club’s recent history.”

The facility, operated by Eagle Ocean Agencies Inc offers P&I, and freight, demurrage and defence cover for policy limits up to $500m (although lower limits are routinely agreed) and $2m respectively. 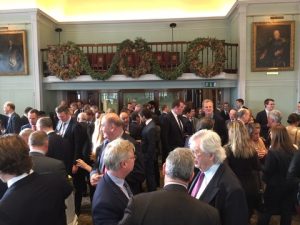 From the reception that took place after the presentations

It sets out to appeal to “operators of smaller vessels who prefer a fixed premium approach to their P&I needs. Backed by the American Club in conjunction with underwriters at Lloyd’s, Eagle Ocean Marine offers a gold standard International Group club service underpinned by the excellent security of reinsurance at Lloyd’s.”

American Hellenic, a wholly-owned American Club subsidiary, in its first six months has achieved a loss ratio of under 30%. Mr Solarino added that American Hellenic is performing better than expected, and Mr Tsakiris said that since starting formal operation on July 1 2016 the company had signed 920 vessels, a tally it aimed to lift to 1,500 by the end of 2017. 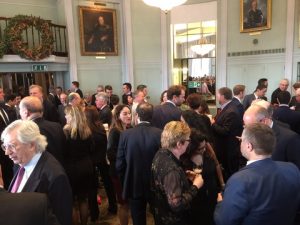 Another view from the reception

The full title of the club is the American Steamship Owners Mutual Protection and Indemnity Association Inc. It is the only mutual P&I club domiciled in the US.

On February 14, 2017, the club will celebrate its centenary, and is publishing a book chronicling its history, starting with its foundation as an exclusively US enterprise in reaction to sanctions placed on American shipowners by the British government during World War I.

Of the present day, Mr Solarino said that following its recent progress, “the American Club is not done yet: we have a lot of initiatives.  We keep our ear to the market.” 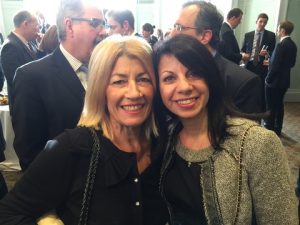 The Nissos Samos maneuvering at the port of Chios