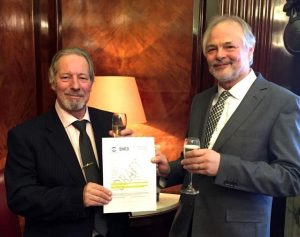 FONASBA and BIMCO are pleased to announce the launch of a new Agency Appointment Agreement document. This new form, which is based on BIMCO’s tried and tested box layout, provides a simple yet clear and effective means of confirming the details of an agency agreement for an individual or short series of port calls. Many agency appointments are agreed on the basis of a telephone conversation or simple exchange of emails and this new form  formalises that exchange by clearly setting out the details of both parties, the basis of the remuneration and, importantly, stating the responsibilities and obligations of the parties to the agreement.

The agreement was drafted over a period of some eight months by a small group comprising senior members of FONASBA and BIMCO. After completion, the document was presented to, and approved by FONASBA’s Council at its London Annual Meeting in October 2016 and BIMCO’s Documentary Committee at its meeting in Copenhagen the following month. With the formal approval of both organisations, the document is now ready for use by ship owners, ship operators and ship agents worldwide. It can be obtained from FONASBA’s website (www.fonasba.com/documentation) or through BIMCO’s IDEA system (https://www.bimco.org/Contracts-and-clauses/IDEA). 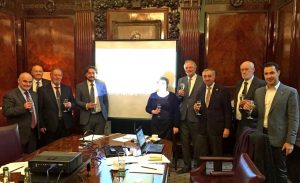 John Foord FICS, chairperson of FONASBA’s drafting group (and now the Federation’s President) said that the new form would bring clarity and certainty to the process of appointing agents and ensure that both parties are fully aware of their responsibilities and obligations. He said FONASBA would be urging its national associations to encourage the widest possible use of the new form amongst their member companies.

Han van Blanken, chairperson of the BIMCO team said “Our objective was to devise a comprehensive, but easily understood, framework contract for use when making port agency appointments, particularly in bulk and tramp trades. I am pleased to say that working with an experienced group of shipping professionals we have achieved that aim and I have every confidence that the new contract will quickly be accepted as the industry standard.”

BIMCO and FONASBA will be jointly presenting a webinar on the new Agency Appointment Agreement on 20th February 2017.