A bitterly cold evening in London and even chillier freight markets failed to deter guests from flocking to one of the shipping calendar’s supreme events: the January 2017 winter barbecue hosted by Foresight Ltd, one of the capital’s best known operators in the sector. All congratulated Dr Ravi Mehrotra and Mrs Mehrotra and their colleagues on putting on yet another super and convivial event.

The Mehrotra business dynasty and members of the family participated graciously in the occasion – Saurabh Mehrotra, Utsav Seth and Neha Mehrotra  always there to entertain you! 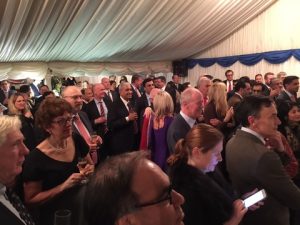 Guests gather for the brief speeches.

More than 400 attendees enjoyed the temperate conditions inside a huge marquee in the grounds of the Mehrotra family home in west London. Plentiful appetisers were served to get the conversation flowing.

In mid-evening all were fortified by a choice of twin, sumptuous buffets – one vegetarian and one meat and fish, with desserts of Western and Indian style and mountains of fresh fruit.

Richard Sadler at the mic.

Richard Sadler, who was appointed to the role of Foresight chief executive just over a year earlier, bringing with him expertise garnered at Lloyd’s Register and in other finance and industry posts, acknowledged that professionally many of those present were suffering from a “difficult market.”  They could forget some of those woes for the moment, and turning to the company’s executive chairman, he said: “Ravi, you are always such a gracious host.” Of the substantial crowd, Mr Sadler said: “You only ever see so many people in one room” at this shipping industry event.

Dr Mehrotra, noted for his brevity at most of these annual BBQs, welcomed the guests again from the stage, and introduced the new High Commissioner of India, the highly experienced diplomat His Excellency Yashvardhan Kumar Sinha.

The High Commissioner during his career has handled important assignments at the Ministry of External Affairs, New Delhi, and in Indian diplomatic missions in South Asia, the Middle East, Europe, South America and the Permanent Mission of India at the United Nations in New York. His family origins are in the state of Bihari.

A second high-ranking diplomat was then invited to the stage: His Excellency Manjeev Singh Puri, who has been Ambassador of India to the European Union, Belgium and Luxembourg  since January 2014. 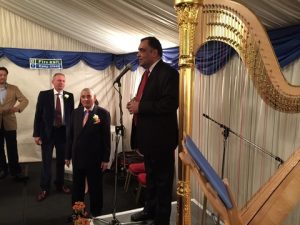 The Ambassador to Europe reminded the audience that among many commitments, Dr Mehrotra is chairman of the Europe India Chamber of Commerce.

The international shipping fraternity was led by the secretary-general of the IMO Kitack Lim, a good chance to talk and congratulate him for his first successful year at the helm of shipping’s number one administrative body, given some very important issues, amongst them the Water Ballast Management Convention (WBMC), the environment and maritime education that he is dealing with! Dr Nikos Mikelis was as ever present as was ICS/ISF’s Peter Hinchliffe and his wife. 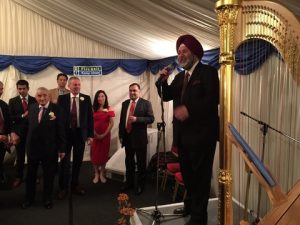 Ambassador of India to the EU, Belgium and Luxembourg Manjeev Singh Puri. 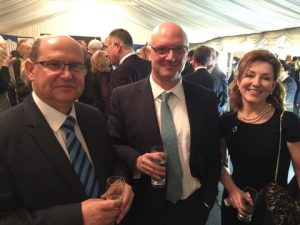 The Greeks were led by Radm (HCG) Kostas Amarantidis, director of the Greek Shipping Co-operation Committee and his wife Tenia Koroneou, Aggeliki Koutoulia, executive director at Julius Baer in Luxembourg, Kostas Ladas from LISCR in London, Dionisis Zachariou from Sorbonne University, faculty of mechanical engineering; the Cypriots by H.E. Euripides Evriviades the Cyprus High Commissioner and Nicholas A. Charalambous representative of Cyprus at the IMO. 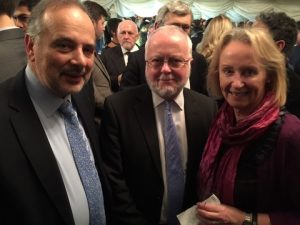 Dr. Nikos Mikelis with Peter Hinchliffe and his wife

Inge Mitchell, despite her double operation gave a brave presence in a wheel chair! Maria Dixon the former WISTA-UK president and her husband Paul; Sue Terpilowski of Image Line and current president of WISTA-UK with her husband Tom Waters were there too; shipbroker Wendell Abraham and his charming wife who never miss an event! Scott King from the RBC with his wife Kathleen Aitken from UBS in Jersey; Mark Bamford director at Campbell Johnston Clark legal shipping entity and his wife. Dr. Peter Swift, Captain Roger Holt, Alan McCarthy and his wife. 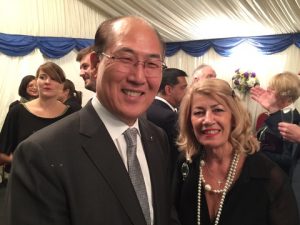 Clarkson’s Dr. Martin Stopford was there too as was Dr. Abdul Rahim head of ClassNK in London Regional Manager for Europe and Africa with his wife Manju; Speed Kim from SK Shipping who also speaks Greek following his four years stay in Athens! Birgit Marie Liodden director of Nor Shipping, Gerard Kenny the technical director of LISCR in London. Les Chapman, as always with a big smile, Dr. John M. Doviak director at the Cambridge Academy of Transport with his wife Hilary – always a very talkative couple! 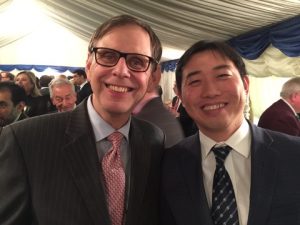 Most of the guests remember Dr Mehrotra’s autobiography of 2012, entitled What’s In It For You? Of course, five years on, he continues to make maritime history.

Reviewing the book at the time, Lloyd’s List summarised the contents of this treatise as “a famed maverick offers useful advice on how to approach risk, stay in the battle and embrace opportunity.” TradeWinds noted that “business memoirs are a dangerous pursuit… however, his portfolio of shipping investments over the years reflects his approach as a genuine entrepreneur so typical of shipping,” a reference to his connections at various times with India, Iran, refrigerated shipping, tankers, Wall Street investment, offshore energy, restaurants and even shoe retail. 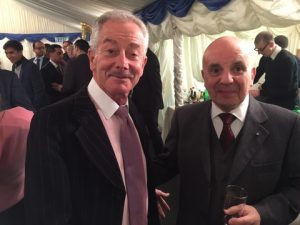 The volume was sub-titled Ten Lessons from Life which helped me Succeed, and doubtless the lessons continue to be learned and assimilated by many, but equally ignored by some whose businesses have been ignominiously obliged to file for bankruptcy. One of the chapters is headed “Risk is Right” and indeed some ventures of Dr Mehrotra have failed, but his sharp analysis of markets, positive spirit and appealing personality have taken him a long way. 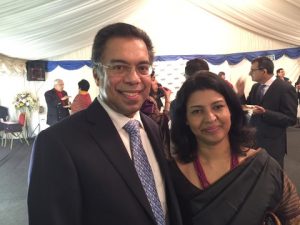 Stephanie (in red dress), one of Foresight’s lead organisers. 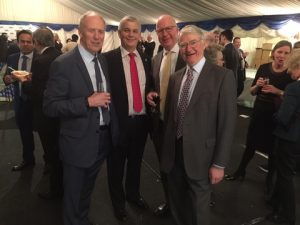 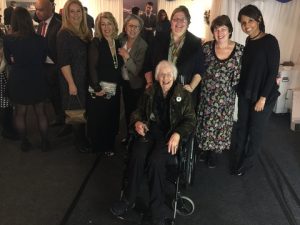 A million senses from Greece