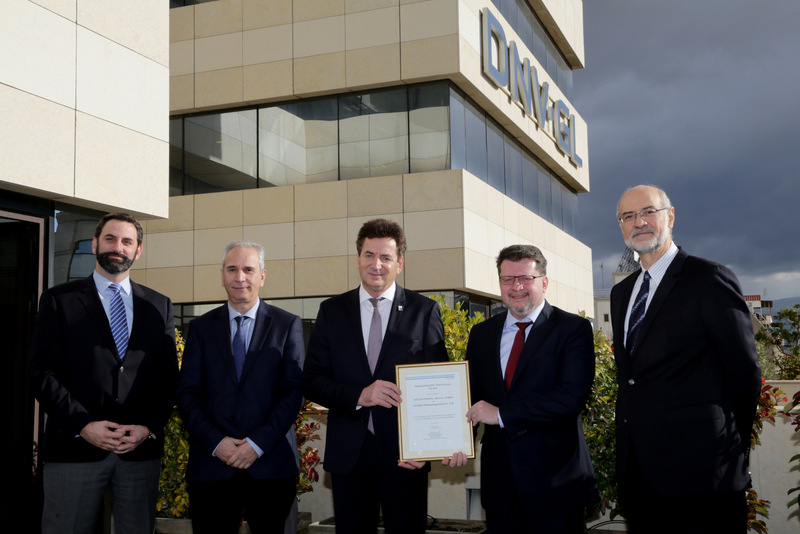 AEGEAN POWER was built by Samsung Heavy Industries at Korea under DNV class, with class assignment date 5th April 2007, and the vessel has remained in the DNV GL fleet ever since.

Currently ARCADIA manages a fleet of 16 tankers (seven Suezmax and nine Aframax), with three more Suezmax tankers scheduled to be delivered by Hyundai Heavy Industries in the first months of 2017.

AEGEAN POWER had 24 inspections from its delivery in 2007 until today, in accordance with the statistics available by DNV GL, with zero detentions and most importantly zero deficiencies reported. Presented below are the global statistics of deficiency and detention ratios for this vessel type, against AEGEAN POWER with the zero record.

AEGEAN POWER has undergone inspections in accordance with a number of PSC regimes (as can be seen in the figure below), with the Black Sea and Paris together totaling 16 out of the 24 inspections during the last ten years.
The excellent PSC record of the vessel is also supported by the results of the vessel’s SMC, ISSC and MLC management systems audits, with zero non-conformities since the delivery of the vessel. All of the audits carried out during the entire period are shown below. 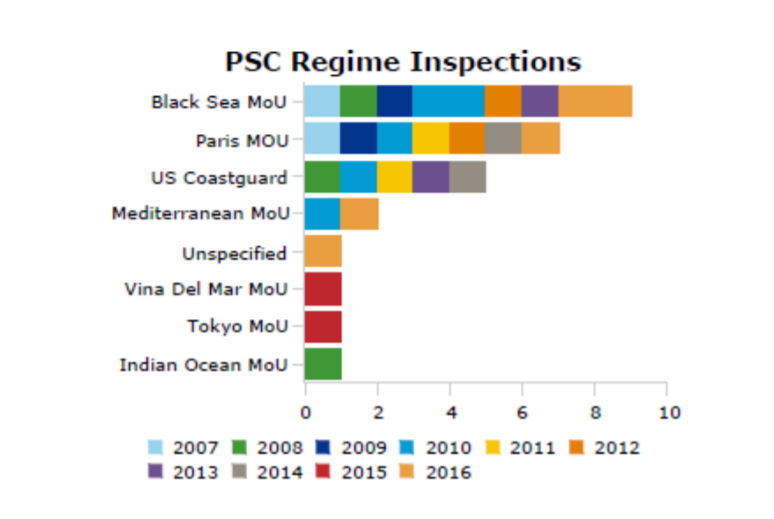 Captain Dimitrios Mattheou, Managing Director of ARCADIA, commented: “This achievement demonstrates the dedicated efforts to significantly increase the safety onboard and the endeavors made by all ship’s crew, who have sailed onboard since her delivery. All of us in ARCADIA are very proud to receive this award from DNV GL. We are confident and believe that by practicing our principles and professionalism we will reach the ARCADIA’s vision of ZERO environment, occupational, health and safety incidents onboard all vessels of our fleet.”

Captain Mattheou adds: “ARCADIA provides safe and reliable transportation of oil by sea, through a modern fleet, with our top priorities set on safety, quality and environmental protection. Since the company’s establishment in 1998, the foundations were laid in order to be able to respond to any future challenges, associated with the management of a high
quality fleet.”

Capt. Mattheou underlines the focus of his company on training, adding: “ARCADIA has also invested heavily in strengthening its management and ships’ staff, with continuous training and education. ARCADIA strongly believes that experienced and well trained personnel, both at sea and ashore, provide and guarantee high quality services to meet its customers’ demands. To back this up, ARCADIA has established since 2007 an in-house training centre where specified training is provided, with the use of Bridge – Engine – Liquid cargo and GMDSS simulators. Furthermore, STCW and Industry-related training courses are offered to ship and shore-based personnel, in close co-operation with accredited training centres and service providers. Finally, since 2016 ARCADIA has been applying the latest trends in reflective and resilient training, seeking for the best outcome in advanced training.” Capt. Mattheou concludes: “ARCADIA is a member of HELMEPA and INTERTANKO, is a GREEN AWARD certificate holder, and in 2007 was given the Lloyd’s List “Tanker Company of the Year” award.” 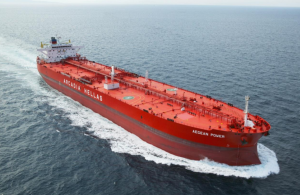 Ioannis Chiotopoulos, DNV GL Regional Manager for South East Europe and Middle East, states: “We are very proud to see the amazing record of AEGEAN POWER with zero PSC detentions and zero deficiencies over the period of ten years, since the vessel was delivered from newbuilding. This shows the excellent efforts ARCADIA is making on this vessel, as they do on the rest of their fleet”.

Ioannis Chiotopoulos adds: “PSC results are a significant quality indicator for DNV GL, and so we place a heavy emphasis on them. We are trying to assist our customers in different ways, so that they can achieve the best possible PSC results. During normal surveys our attending surveyors focus on a number of critical items which are usually the subject of particular attention by PSC inspectors, and we try to highlight to the crew onboard what they should look for in their own inspections as well, so that the vessel is well prepared for PSC inspections.”

“Other initiatives we take in DNV GL include specifically designed and delivered courses by our Maritime Academy, which are attended by superintendents and officers, with the aim of increasing awareness of the most critical items onboard in terms of PSC deficiencies and findings,” Ioannis Chiotopoulos concludes.