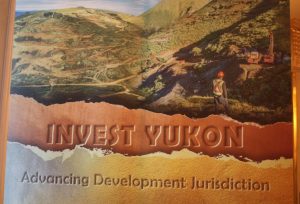 Three prominent entrepreneurs in the Canadian federal territory of Yukon have been in the UK for a joint event to update investors on their progress in developing important mines.

Since its formation in 2009, the Yukon Mining Alliance, currently with 12 corporate members, has fostered regular visits to London by executives committed to Yukon’s competitive advantages.

The alliance is proud of the territory’s long history of mining, which has been the foundation of the private sector economy for more than a century, and swathes of land still host world-class deposits that merit exploitation.

Despite its northerly latitude, the mining-friendly jurisdiction has well-developed infrastructure including direct access to Asia via two ice-free ports in neighbouring Alaska. 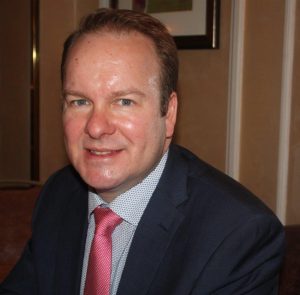 One of the three executives at the London meeting, Paul West-Sells, president and chief executive of Western Copper and Gold Corp, re-emphasised the message that his company was “developing Canada’s premier copper-gold mine.” Its sole focus was on “the world-class Casino Project.” Currently in the permitting phase, Casino is described as poised to be the premier mine of its type in Canada and the flagship mine for the Yukon.

With a net present value of C$2bn at today’s spot prices the mine would be economic – it is set to be the top copper-gold mine not owned by an industry major, although it is surrounded by operations being conducted by majors.

In terms of gold, there were few deposits of the size of Casino, said Dr West-Sells, and the same was true of copper, where there was a looming global supply crunch. The amount of gold found by miners had plunged 85% over the past decade, and by 2027 there would be a 5m tonnes deficit in copper supply to meet demand.

With recent increases in gold and copper prices contributing to renewed optimism in the sector Western Copper and Gold, listed on the Toronto TSX and New York stock exchanges, was well positioned to capitalise on the increasing interest for projects like Casino, said Dr West-Sells. 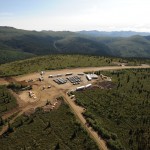 The London investor audience also heard from Alexco Resource Corp president and chief executive Clynton Nauman. Alexco owns the historic, 233 sq km Keno Hill Silver District. When in production, from the 1960s to the 1980s, this was one of the richest silver districts in the world.

Three mines are already well into development, with a fourth waiting for a development decision. A preliminary economic assessment envisages development and production from four mines over a nine year period, beginning with an advanced exploration programme at Bermingham, followed in late 2017 by underground development of the Flame & Moth deposit. Initial capital costs of C$27m are estimated to achieve production and positive cash flow. 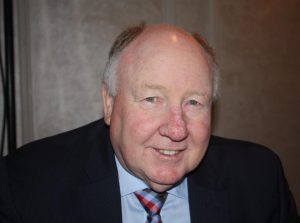 The company says that the continuing discoveries of some of the largest deposits ever in the district point to the prolific and prospective nature of Keno Hill.

Alexco purchased the district in 2006 and put the first mine into production in 2010. The Bellekeno silver mine, one of the world’s highest-grade silver mines at up to 1,000 grams per tonne, began commercial production at the beginning of 2011 and was Canada’s only operating primary silver mine until 2013. Alexco has suspended operations at Bellekeno “to decrease costs and reposition the district for long-term, sustainable operations.”

In May 2016, Alexco closed a non-brokered private placement with gross proceeds of $13m. 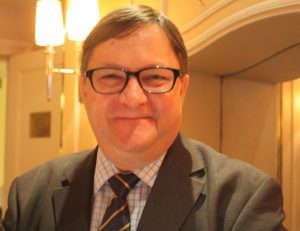 Alexco also provides environmental services, remediation technologies and reclamation and mine closure services to both government and industry clients through Alexco Environmental Group. The subsidiary recognised revenues of $11.4m in 2016 for a gross profit of $2.9m and has a contract backlog of more than $100m.

Latest news from Victoria Gold Corp was presented by John McConnell, president and chief executive. He said that his company’s “shovel-ready Eagle Gold Project is the most advanced project in the region and is on track to be the largest gold mine in Yukon history.”

The project hosts a compliant reserve of 2.7m ounces of gold from 123m tonnes of ore, and would produce from open pit around 200,000 ounces of gold annually at an operating cost of some $550 per ounce. Permits for construction and operations are in place, and there is a cooperation and benefits agreement with the local first nation group. After-tax net present value of the project is put at $508m, based on gold at $1,250 per ounce.

Victoria Gold says that it has a strong cash position which enables it to advance the Eagle development on a value add basis as it continues construction and near operations.

The company still needs $40m of the $300m capital required for construction.  It has in its treasury for this purpose $40m, and in March 2017 it signed with the BNP bank as underwriters a $220m debt facility. To raise the remaining funds, options under consideration include further convertible debt, and royalty streaming sources. This would set the company up for mine construction in 2018.

A 10-year-plus mine life is anticipated, and there would be a three-stage crushing plant, in-valley heap leach and carbon-in-leach gold recovery plant.

The project would employ 350 to 400 people and be a significant economic contributor to Yukon. It is accessible by road year-round and eight hours by all-weather highway to the port of Skagway, Alaska.

It is within Victoria Gold’s wholly-owned 555 sq km Dublin Gulch gold property, some 375 km north of the Yukon capital Whitehorse, and 85 km from the town of Mayo.

Drilling will continue throughout 2017, with the aim of demonstrating additional gold resources across the highly prospective property.

Some analysts have seen Victoria Gold as a potential target for acquisition by majors. One commentator, Byron King of Rickards’ Gold Speculator, wrote at the end of January 2017: “In essence, Victoria’s message to markets is if nobody buys us, we’ll begin building our own mine.  That’s the kind of challenge to the market that could incent[ivise] some larger companies to make a move.”

Market Uncertainty Rules the Waves …as well as...

Copper’s green future is brighter than diamonds for...