Any port in a storm? 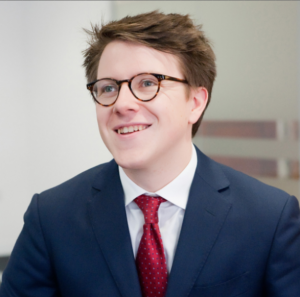 Any port in a storm? A re-examination of the law concerning safe ports in The Ocean Victory
By Robert Shearer

The Supreme Court has recently handed down judgment in the long running matter of The Ocean Victory1, which provides a useful summary of the position with regards to claims for breach of safe port warranties.

The “OCEAN VICTORY” was a bulk carrier demise-chartered by her registered owner, to Ocean Line Holdings Ltd. The vessel was then time-chartered to Sinochart, who in turn sub-chartered the vessel to Daiichi. On 19 October 2006 the vessel arrived off Kashima, Japan, to discharge a cargo of iron ore. However, shortly thereafter the weather began to deteriorate and the berth was affected by “long waves”. Subsequently, the vessel, still partially loaded, left the port because mooring lines and tugs were insufficient to keep her at the berth. On departure, the vessel encountered gale force winds and heavy seas. As a result of the weather conditions she ran aground and eventually broke apart resulting in approximately US$170 million worth of losses.

Proceedings were issued against charterers for breach of the safe port warranty. At first instance, it was held that the port was unsafe, because the vulnerability of the port to “long waves” and the danger of storms at the entrance were said to be “characteristics” of Kashima.

The Supreme Court unanimously upheld the Court of Appeal’s decision; and reaffirmed the definition of a safe port from The Eastern City2.  Lord Clarke also went on to clarify the definition of an abnormal occurrence as something “out of the ordinary course and unexpected. It is something which the notional charterer or owner would not have in mind”.

This judgment will hopefully add a further element of clarity to this area of law, however, unsafe port claims remain incredibly fact sensitive and will thus always require thorough consideration and legal advice.

If you require further information regarding the contents of this article, please contact Robert Shearer whose details appear below.

Bermuda leaders featured on AM BestTV