Introduce more clarity to scope of ‘sue and labour’… 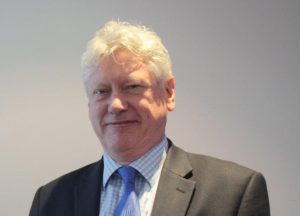 Introduce more clarity to scope of ‘sue and labour’, urges chairman of the Association of Average Adjusters

A clearer approach to three critical aspects of “sue and labour” practice in marine and offshore claims has been advocated by Keith Martin, chairman of the Association of Average Adjusters. He spoke against the background of recent contention in the courts over sue and labour clauses, under which an insured can recover from hull underwriters the expenses reasonably incurred to minimise or avert a loss to property such as a ship involved in a casualty.

Addressing the annual meeting on May 11, 2017, of the Association in London, Mr Martin called for what he saw as more practical sue and labour guidelines on the cut-off point for mitigation actions, on the “shelf-life” of the rights of assureds, and on the recompense when a stricken ship or offshore unit is under-insured against its agreed value.

He characterised sue and labour as an “ill-defined area of marine law and practice,” and said that it appeared to be “quirky and quaint, on the margins of marine insurance contracts.”

Its practical day-to-day application sometimes lacked consistency, and “I now feel that the time has come to dust off this venerable doctrine, and give it a good airing,” said Mr Martin, who is energy claims advocate at the UK and Ireland practice of broking group Marsh.

Focusing on London market policies subject to English law, Mr Martin referred to complex issues such as whether when total loss was at issue the tendering of notice of abandonment of a vessel ended the right to claim for sue and labour.

He said that insurers, primarily for practical reasons, normally agreed to place the assured in the same position as if a writ or claim form had been issued on the same date as a notice of abandonment were tendered. One of the principles that emerged from relevant cases and authoritative texts, however, was that sue and labour expenses could generally be recovered while the peril continued.

The newly clarified principle seemed to be that, although the respective positions of the parties were deemed to be in large part crystallised as at the date of the writ agreement, that would not prevent the admission under sue and labour of qualifying expenses up to the launch of proceedings, or by implication the date when Insurers and claimants reached a formal agreement obviating the need to litigate.

Mr Martin identified three scenarios where expenses incurred after what was identified as a “deemed date” might be recoverable:

The first was where the insured property was considered still in the grip of the insured peril; the second was where post-casualty expenditure might be regarded as having been incurred on behalf of underwriters (the expenses in question would no longer rank as sue and labour as such but as recoverable based on agency or restitution); and the third arose where expenses were incurred against the backdrop of insurers’ continuing denial of a total loss.

In that third case, during the gap between “deemed date” and commencement of proceedings, the insured had the option of re-presenting the claim as one for 100% particular average, reviving the right to sue and labour with retroactive effect, if the property remained in the grip of the insured peril.

Another consideration was whether a wreck removal order altered the position. “In practice, whatever the strictly correct legal position, my feeling is that such an order is likely to make it difficult to sustain a claim to be suing and labouring to prevent further loss under the hull policy. However, if bunkers or other hydrocarbons had to be removed in compliance with such an order, the question could arise of whether a separate right and duty to sue and labour comes into existence in the context of the vessel’s P&I (protection and indemnity) cover.”

Mr Martin added that it might be useful to include a bespoke additional clause in a writ agreement, making clear that any claim for sue and labour would not be prejudiced by adopting a “deemed date” for the start of the action.

He asserted that one of the most disturbing misapprehensions among insurers’ claims examiners was the notion that imminence was equivalent to immediacy, as measured from the time of the loss. For those professionals, the right to sue and labour had a “shelf-life” of a certain period, almost regardless of the circumstances.

He emphasised that the word “imminent” was derived from the Latin imminere, meaning “to overhang.” In insurance, as elsewhere, the word referred to an impending threat; and marine cases showed that a threat might remain for a considerable time despite the best efforts of the parties.

Occasionally there were more complex situations, especially with offshore projects, where winter weather or long lead times for components could oblige the parties to incur unusual expenditure to stabilise and make safe the affected property, pending a permanent fix.

For example, in a recent incident involving a floating production storage and offloading (FPSO) unit, tugs were employed for some 12 months to provide safe positioning for the vessel. Although the claims in that case had not yet been finalised, hull and machinery insurers had agreed in principle that the charges were recoverable under the sue and labour clause.

Temporary repairs might sometimes be the prudent and reasonable choice; but that might not remove the imminence of significant risk of further damage, meaning that further unusual and extraordinary steps might be required. While the period of over a year considered reasonable in one instance might raise eyebrows, it illustrated how long a peril could maintain its grip, despite the efforts of the parties.

Mr Martin recalled that a previous chairman of the Association, George Hughes, had in 1985 urged consideration be given to hull underwriters and P&I clubs agreeing to cover the proportion of the expenses of salvage and general average falling on the shipowner in excess of any net proceeds of ship. To date, commented Mr Martin, there were no signs of progress towards such a formal agreement.

In the standard offshore construction clauses, Welcar 2001, there were two features without exact equivalent in the hull and cargo clauses. The first required that expenses be shared between assured and underwriters proportionately “to the extent of their respective interests” (“grey areas” and the consequent need to negotiate offshore energy claims in dialogue with the energy loss adjuster, were more frequent than in the traditional marine market, said Mr Martin). The second was the limitation of expenses to 25% of the declared value of the item or items in the most recent valuation of the construction project before the loss. This clearly was a major restriction, compared to the Institute Time Clauses (Hulls) 1983, where a further 100% of the entire agreed value of the vessel is available to pay qualifying sue and labour expenses.