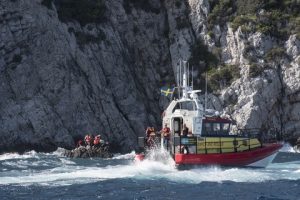 The International Maritime Rescue Federation (IMRF), the international charity focussed on preventing loss of life in the world’s waters, has announced that Theresa Crossley will be its new Chief Executive.

Theresa will join IMRF in October this year, when she steps down from her role as Executive Director of The United Kingdom Major Ports Group (UKMPG).

Udo Fox, Chairman and Trustee of the IMRF said;

“We are delighted to appoint Theresa as CEO of the IMRF. She brings a wealth of expertise to the organisation with her extensive maritime industry knowledge and her experience covering the marine environment, shipping safety and search and rescue around the UK. We are all looking forward to working with her.”

The IMRF brings together maritime rescue coordination centres, coast guards, volunteer response organisations, government and non-government search and rescue organisations to develop and improve maritime SAR planning and response. The IMRF’s work is global, bringing together members and other organisations through meetings, conferences, forums and a series of international targeted projects.

Udo Fox added: “We have been very fortunate to have secured Theresa for the CEO role. The range of skills she brings to the role will be of enormous benefit to the organisation at its current stage of development. She will be able to take the IMRF to the next level while still ensuring that it continues to provide the sector representation and advocacy it is uniquely placed to deliver.” 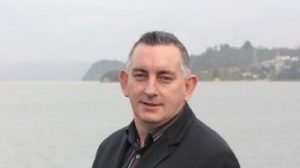 He continued: “At the same time, we are grateful to our outgoing CEO Bruce Reid, who has made a dramatic difference to the IMRF, building it into an organisation with 103 members in 49 countries with a growing active regional network, regularly providing international leadership on the full remit of search and rescue issues. Theresa will help us to build on this success, increasing the reach and positive impact of the organisation even further.” 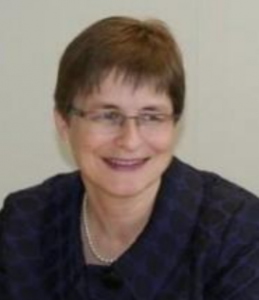 Theresa said, “I am looking forward to taking up my new position at the IMRF and to the exciting new challenge this offers, working with the world’s maritime search and rescue organisations to improve coordination and response, so that many more people in distress on the sea or on inland waters can be saved.

“It has been a privilege to represent the UK’s major ports, which play such a vital role facilitating the nation’s trade. I have thoroughly enjoyed working with colleagues across the industry, in Government and in the EU, to raise the profile of the sector and the economic contribution it makes.”

Theresa has led UKMPG, which represents most of the larger commercial ports accounting for more than 70% of the total tonnage handled in UK ports, since January 2015.

The International Maritime Rescue Federation (IMRF) brings the world’s maritime search and rescue organisations together in one global and growing family. IMRF’s member organisations share their lifesaving ideas, technologies and experiences and freely cooperate with one another to achieve their common humanitarian aim: “Preventing loss of life in the world’s waters”.