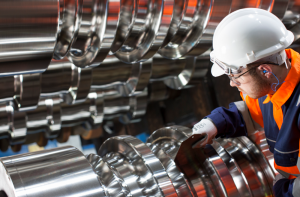 British Steel today (June 1) announced it has recently completed the transfer of a 50% stake in Redcar Bulk Terminal from Tata Steel, agreed as part of the original purchase of the Long Products Europe business.

British Steel Executive Chairman Roland Junck said: “We are delighted to announce today that we’ve recently completed the transfer of a 50 per cent stake in Redcar Bulk Terminal from Tata Steel.

“As we look to grow our business and increase our footprint, the terminal is the perfect strategic fit for British Steel. Not only does it sit next to our Teesside Beam Mill, it enjoys a coveted position in the North East which offers a superb gateway into the industrial heartland of the UK and opens up additional new routes across the globe – not only for ourselves but businesses throughout the region.

“I would like to thank Tata Steel for their support during the transfer and praise the management and employees at Redcar Bulk Terminal who, during the last 12 months, have not only helped secure the future of the terminal but started laying firm foundations for its future success. They have led a major restructuring exercise, secured significant new contracts and increased the number of new products being handled.

“Redcar Bulk Terminal is very much open for business and we have every confidence it will not only complement British Steel, but be the perfect partner for businesses throughout the north of England.”

Sue Jeffrey, leader of Redcar & Cleveland Borough Council and Chair of the Shadow South Tees Development Corporation, said: “The Redcar Bulk Terminal is of strategic importance to the South Tees Site offering huge potential for businesses with international markets. Since the devastating closure of SSI, we have been working to secure a long term future of this key asset and this helps stabilise the position. I look forward to working with British Steel to ensure the terminal plays a major role in the future of the whole South Tees Site.”

Ben Houchen, Tees Valley Mayor, said:  “This commitment is good news for Tees Valley, it helps secure the future of the Terminal which is one of the deepest on the East Coast offering huge potential for international trade for the region.

“The Tees Valley has a healthy pipeline of interested parties looking to invest and this is one of many examples of the confidence in the area. I look forward to working closely with British Steel and other key partners to attract inward investment and bring new jobs to the Tees Valley.”