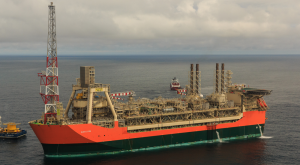 Conditions west of Shetland are among the most severe in the UK and Glen Lyon must be capable of operating in extreme weather. Classification means the Glen Lyon FPSO has been verified for operation to the highest levels of safety and performance by LR.

Glen Lyon is the world’s largest harsh water FPSO and formed part of BP’s multi-billion-pound Quad 204 project. BP announced first oil from the Glen Lyon on 22 May. Production is expected to ramp up in the coming months, eventually reaching up to 130,000 barrels of oil per day.

LR has worked with BP on the Glen Lyon project since 2011; through FEED, detailed design, construction and commissioning. It has been a long-term engagement involving hundreds of LR staff from more than 30 offices across the UK, Europe, Asia and the Americas.

Richard Nott, Head of Offshore and Global Projects, Marine and Offshore, Lloyd’s Register, said: “The successful conclusion to such a complex and state-of-the-art project demonstrates our ability to meet the needs of the most technically advanced and innovative developments in this sector. Being able to issue full term classification following the first annual survey is a major achievement.”