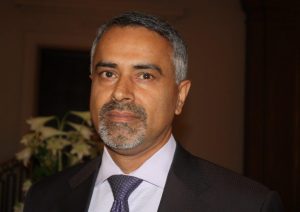 As a key copper-producing nation, Peru has a goal of becoming the world’s largest producer. “The infrastructure is there,” says Luquman Shaheen, president and chief executive of Panoro Minerals, a copper exploration and development company with a significant portfolio of properties in strategic southern central Peru.

Formally introduced at a City event for the first time to investors in Europe, Panoro Minerals is rooted in the South American country. “We are headquartered in Vancouver but we are far from being a ‘foreign’ company,” said Mr Shaheen during the London presentation. “Most of our senior management is Peruvian and a number of our directors are Peruvian.” 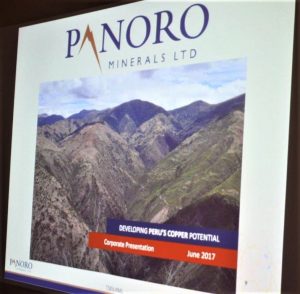 Mining represents 14% of Peru’s gross domestic product, of which copper accounts for 6%.

After Chile, where output has been declining, it is the second largest producer of copper in Latin America, and worldwide. It is the seventh largest mining country on the planet.

Investment has poured into Peru from China, Canada, the UK, the US, domestic Peruvian sources, Mexico, Australia, Brazil and Japan. These mining investments totalled $46.4bn during 2016. The country has doubled its copper production since 2012.

The south of Peru has large river systems and hydroelectric power. Power costs are said to be just over half of those in neighbouring Chile.

Listed on the Toronto Venture Exchange, in Lima and in Frankfurt, Panoro has a market capitalisation of C$46.5m, and is funded to January 2019 to the tune of C$14.1m. It completed a private placement in August 2016 for C$6.6m.

Its pride is the advanced stage, large-scale Cotabambas project for copper, gold, silver and molybdenum. It has a more moderate scale project, known as Antilla, for copper and molybdenum. They are foreseen as low-cost producers under a potential future operator – a mine life of 17 to 25 years is anticipated.

An important milestone for Panoro has been the signing of a precious metals streaming agreement with Wheaton Precious Metals. Formerly known as Silver Wheaton, this is the world’s largest silver and gold streaming company. 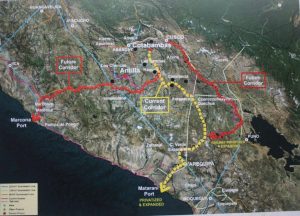 Wheaton, which specialises in offering capital for a share in production, has done only this one deal with a copper development project. Wheaton will make upfront cash payments totalling US$140m plus a production payment for 100% of silver production, and an amount of gold equal to 25% of gold production. Wheaton will pay $14m as an early deposit.

As with others working in Peru, Panoro’s properties are in mountainous terrain, but infrastructure appropriate to its strategy is developing.  The Andean road network has been upgraded, and railway and port facilities have been denationalised – there is access to the port of Matarani which has been privatised and expanded, and a future corridor to Marcona port. Markets for future copper output are almost certain to include Japan and China.

In the region, power generation, both hydroelectric and natural gas, and the transmission grid have been expanded.

Panoro has been focused on Peru for more than 20 years, and since 2007 has carried out more than 70,000 m of exploration drilling leading to substantial increases in the mineral resource base for each of its properties, and completed preliminary economic assessments for both.

Mr Shaheen said that Panoro is well financed for its next 18 months’ requirements including 19,000 m of drilling at Cotabambas, which will further add to the significant resource base. So far, it has spent $50m in identifying a potential combined net present value of over $900m.

Mr Shaheen is well respected in industry circles: he has featured in the Rock Stars series – rock in the geological sense – of Canadian Mining & Energy magazine.

He spoke in London of structural changes to the market for refined copper, with supply constraints ahead and demand strong. Among the supply pressures were production disruptions in Chile and Indonesia, declining mine grades, mine closures and cutbacks, a reducing supply of scrap, and peak capacity being reached in the solvent extraction and electrowinning hydrometallurgical process.

For concentrates, supply threats included disruptions, technical issues, slow ramp-ups, declining grades, and strikes, while mine output in China was set to decline.

Demand growth for concentrate was coming from China, which had refocused its efforts on infrastructure spending. In 2015 concentrate imports into China for the first time exceeded cathodes.

Increasing demand would be seen for energy-efficient technologies requiring copper-intensive solutions, including electric and hybrid vehicles.

Mr Shaheen forecast that the market would “tip into deficit” sooner than many people expected. “The deficit might come this year.” A long-term supply deficit was likely – “the modest short-term surplus is driven by economic rebalancing in China.”

Nearest city to Cotabambas and Antilla is Cusco, once administrative capital of the Inca Empire and at one point with a population bigger than London and Paris.

The region boasts the recent investment of more than $15bn into the construction or expansion of large open pit copper mines. Projects include the $7bn Las Bambas mine, located 40 km from Cotabambas, construction by Australian/Chinese group MMG; Hudbay Minerals starting operations at the $1.7bn Constancia mine; Glencore operating the new Antapacay open pit mine after investing $1.5bn; First Quantum Minerals advancing the Haquira project; and Grupo Mexico advancing its Los Chancas project.

Looking to the demand parameters, Mr Shaheen said: ““We are ready to meet the next wave with new projects ready to be developed.”