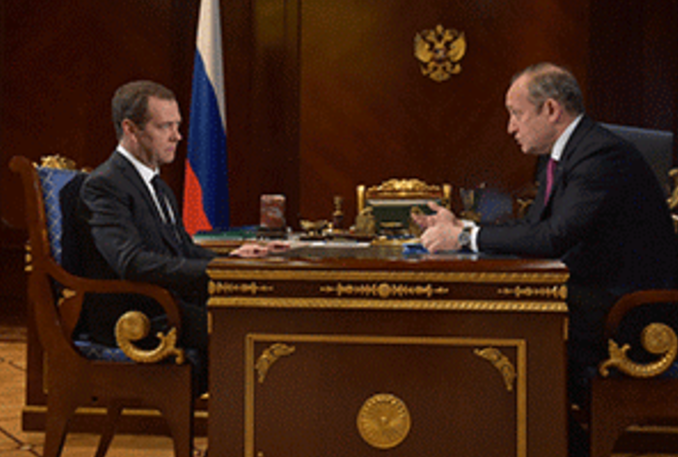 Leading Russian shipping company SCF Group (Sovcomflot) has called for the Russian government to continue its drive to improve navigational safety measures on the Northern Sea Route (NSR) and for a ban on substandard ships and crews sailing in the environmentally sensitive region. The move follows significant shipping traffic growth along the NSR and further projected growth.

During the meeting, held on 10 July with the Russian Prime Minister Dmitry Medvedev, President and CEO of SCF Group (Sovcomflot) Sergey Frank stressed the necessity of taking additional measures to ensure navigation safety along the NSR given the significant growth of freight traffic in that area.

In 2018, just the two energy projects in the Gulf of Ob (Novy Port and Yamal LNG), both served by SCF vessels, are expected to generate around 11.5 million tonnes of freight alone, almost doubling the Soviet-era NSR peak record of 6.6 million tonnes in 1987. SCF shuttle tankers has commenced year-round oil shipments from Novy Port for the first time as recently as September 2016, and Yamal LNG is expected to come onstream in late 2017.

On behalf of the maritime community, Sergey Frank has expressed a hope that the Russian government will maintain the rate at which NSR infrastructure is being improved to ensure that the existing navigation safety measures remain adequate to the needs of the growing vessel traffic. This includes consistently developing the navigational and hydrographic support system, boosting the readiness of rescue services, and improving the reliability of navigational and communications aids.

Dmitry Medvedev has assured Sergey Frank that the Russian government will meet all its commitments pertaining to developing the NSR infrastructure.

Sergey Frank also reported on the key results of the 2016/17 winter navigation season, as well as on the general results of SCF operations servicing energy projects in the Russian Arctic and the Russian Far East.

As of the end of 2Q2017, over 200 million tonnes of crude oil and more than 16 million tonnes of liquefied natural gas have been safely transported by SCF vessels for energy projects operating in the Arctic seas (Varandey, Prirazlomnoye, Novy Port) and in the Russian Far East (Sakhalin-1, Sakhalin-2) since the Company began focusing on long-term project-based energy transportation and offshore servicing in 2006.

During the first half of 2017 alone, Sovcomflot vessels safely transported 17 million tonnes of crude oil from the Russian Arctic and the Russian Far East to consumers, applying technical and operational solutions that seemed impossible only a few years ago.

The environmental agenda, one of SCF’s top priorities, was also discussed prominently during the meeting. Sergey Frank has expressed his conviction that given the vulnerability of the Arctic ecosystem, substandard vessels and vessels manned by inexperienced and poorly qualified crews should be banned from Arctic operations.

Sergey Frank has assured Dmitry Medvedev that every single Sovcomflot vessel operating along the NSR meets all the international and domestic regulations that apply to the construction, equipment and handling of Arctic vessels. Half of the company’s 149 vessels are of high ice class, and all the vessels are manned by professional crews, many of whom have been purpose-trained for Arctic operations. This gives Sovcomflot a serious competitive edge over other freight market players.

As a responsible shipping leader, Sovcomflot pioneers the switch to LNG as a primary fuel for Aframax tankers. This year, the company has placed an order for a series of the first-ever Aframaxes purpose-designed to be run on LNG. These new-generation tankers are scheduled for delivery beginning in 2018. Each 114,000-dwt tanker will have an ice class sufficient to ensure a safe year-round transportation of crude oil from regions with challenging ice conditions, including subarctic seas.

SCF Group sees its priority in setting up a production of similar vessels and placing orders for them at the existing shipbuilding facilities located in Russia’s Northwest and the Russian Far East.