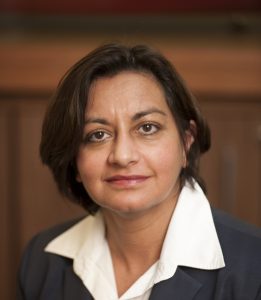 At the United Nations in New York, the International Chamber of Shipping (ICS) is representing shipowners at a UN Preparatory Committee which is developing a new legal instrument, under the United Nations Convention on the Law of the Sea (UNCLOS), which will apply to ‘high seas’ areas beyond national jurisdiction.

The principal aim of this UN work is to address the vacuum that exists with respect to issues such as preserving global fish stocks from unregulated fishing, and damage to marine ecosystems from ocean acidification and plastics caused by land based agriculture and industry.

ICS says that developing new measures applicable to the high seas is undoubtedly a very important and legitimate exercise, but that it wishes to ensure that the interests of shipping will not be unwittingly damaged.

The new UN instrument is likely to permit area-based management tools such as Marine Protected Areas being developed for the high seas, as well as potentially addressing complex issues, such as liability for environmental damage, for which shipping already has very detailed global regulations in place.

ICS therefore fully supports the statement made to the UN meeting by the shipping industry’s global regulator, the International Maritime Organization (IMO), setting out the extent to which shipping already enjoys a long-established and very comprehensive framework of IMO Conventions and rules which are implemented and enforced on a worldwide basis.

“Whatever might be decided in the future, great care should be taken by governments with regard to the maintenance of freedom of the high seas, rights of navigation currently enshrined within UNCLOS, and the current balance that exists between the rights and obligations of flag states, coastal states and port states.”

She added “In the context of regulating international shipping, the current balance has worked very well, as shown by the dramatic reduction in the number of pollution incidents from ships.  It will therefore be important for the UN Committee to take account of any potential overlap or duplication with existing IMO Conventions, as well as the mechanisms that already exist for compensating oil pollution damage from ships, with up to one billion US dollars already being available to compensate those affected by a single spill regardless of fault.”

The work of the UN Preparatory Committee should eventually lead to a high level Diplomatic Conference, possibly within the next two years, which is expected to adopt a new UNCLOS agreement on the ‘Conservation and Sustainable Use of Marine Biological Diversity of Areas Beyond National Jurisdiction’.

SeaRenergy to provide QHSE management & support for the HVAC…