Strengthening of trade ties between Duisburg and Yiwu

Strengthening of trade ties between Duisburg and Yiwu

The freight traffic between Duisburger Hafen AG (duisport) and the Chinese trading metropolis of Yiwu is being intensified.  The Chinese operator company of the freight train YXE International Container Train, which has been traveling regularly between Yiwu and Duisburg since 2014, has now opened the branch office Yixinou International Freight GmbH in Duisburg. It will act as a contact point both for the logistics companies that reside in the Port of Duisburg as well as the industry and trade in the region. 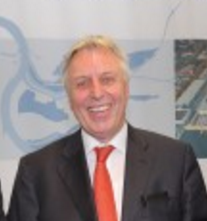 Yiwu is China’s most important trading and eCommerce center particularly for small goods. For example, two thirds of all Christmas items sold around the world come from Yiwu.  “The establishment of a branch office for the optimization of this important trading link once again highlights the importance of the Port of Duisburg to China’s trade of goods with Europe,” says duisport Chief Executive Officer Erich Staake.