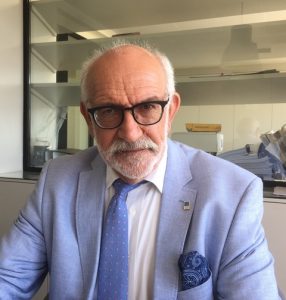 “13 for Luck” was one of Agatha Cristie’s best novels with a unique plot  and for those who have read and studied same they can understand the significance of the book and its plot with what takes place in the Dry and Wet markets since 2004 to to date, add the 13 points plus the BDI ended today reaching 1,398 points. Don’t ask about the messy Geopolitical upheaval… John Faraclas’ brief daily recap:

The Capers’ volatility was evident today when the BCI lost four points and now reads 2,681 points…

The Supras as we have predicted, approach the 1,000 point threshold with the BSI gaining 20 points – a double digit and now reading 997!!!

The Handies’ BHSI  gained 15 points, another interesting double-digit figure and the 551 points is a reality.

All in all, we reiterate the view that there isn’t much steam and unless we see the BDI over and above the 2,270 points – the Dec 2013 situation, NOTHING is to be taken for granted. In a market which is becoming  day by day the market for the very very very few, expect the unexpected..

The Wets with very low additions… The last published BDI (Dirties) and BCTI(Cleans)  stood at 744 and 548 points that’s five and three points plus respectively.

The WTI as these lines are written stands at US$ 49.85 with a tendency for going over the dangerous point of US$ 50… were and when alarms will be heard…

The Geopolitical mess continuous in all fronts and will  very suddenly, out of the blue so to speak, will create shipping and trade business chaos… The forthcoming German election will also contribute to this coming mess.

Migrants, the Wars in Syria and Iraq against the ISIS Islamist Criminals – terrorists et al, Turkey’s greediness and madness of its leaders to  turn upside down the Balkans and the Middles East,The BREXIT getting tougher for all,  the long running Greek saga – that includes the latest pollution incident with incalculable repercussions when the  truth shines, as nothing is hidden under the sun …, the Kurdish question – wait and see the declaration of the new state what mess will bring…, The Russian aggression in the entire region of eastren Europe and the Black Sea; we know their Middle East vested interests, The North Korean mess with the nuclear madness and dozens of other issues will bother us very very soon… USA’s president Donald Trump has a long way to go…

Remind you that on the 20th  and 21st of September will see the 12th Annual Roadshow of the Athens Stock Exchange in London, promoting Greece and its opportunities for listing and investing despite the current situation. We have stressed in writing as well as live from the TV that Athex is THE platform. Don’t miss the briefing session “Greece: Accelerating Growth? – a very promising debate!

On another tone, one of our team is already in the Far East region and we will report their findings there – this is the second time in three years we embark in this area, a very important region for the World’s  Peace and Economy!

Have a nice evening and be on guard for any eventuality deriving from the pathetic Islamist Terrorists wherever you are on Planet Oceans.

Seafarer Happiness Is Key to Success

Ships and People in the future