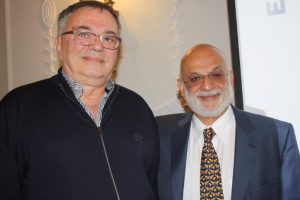 Plans to revive operations in one of the oldest mining regions in Europe are gearing up, encouraged by a bull market in non-ferrous metals.

The renewed focus is on Serbia, and the spotlight has intensified after London investors were briefed on the strategy of a new company, Euro Zinc Mining Corp.

Financier and multi-industry entrepreneur Aly Nazerali, and leading metallurgist Rad Vukcevic detailed at a City gathering the background to their application to the government of Serbia for mining licenses.

Dr Vukcevic is chief executive, and Mr Nazerali is an advisor to the board, of Euro Zinc Mining, which is taking over a mineral exploration company incorporated under the laws of Serbia. That company already has exploration licences from Belgrade’s mining and energy ministry covering 100 sq km in the Raska ore field, that has been known for its lead and zinc since Roman times. Only 10% of the licence areas has been hitherto explored.

The two past-producing open pit mines targeted by Euro Zinc are known as Kizevac and Sastavci. Excellent infrastructure, skilled local workforce and modest capital requirements thanks to a previous production set-up are cited as prime advantages of the property.

Combined historic resources on the mines under application are estimated at 4.9m tons by Serbian government geological reports from earlier years. There is said to be potential to increase resources to as much as 20m or 25m tons of lead and zinc from known zones and new zones of mineralisation, estimates which would need to be confirmed under the Canadian regulatory code known as 43-101. 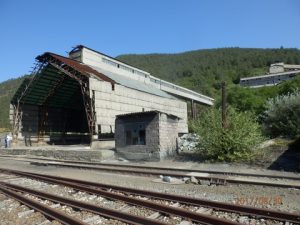 Subject to financing, Euro Zinc expects to spend US$4m on exploration over the next three years to increase and upgrade the historic resources.

If the company meanwhile achieves permitting of the two historic mines, it says that its enterprise value could increase well beyond the current C$3.6m.

Longer term, further share price appreciation could be achieved by fast-tracking to commercial production, says Mr Nazerali, who contrasted the economical nature of exploiting the Euro Zinc concession with mining projects elsewhere that were in remote areas and would incur “billions in infrastructure and development costs.”

Amid an overall rosier commodity outlook, zinc prices rose to a 10-year-high at the beginning of October 2017.

Mr Nazerali drew attention to the fact that prices of non-ferrous metals bottomed in 2016 because of recession fears about the Chinese economy, but since then, Beijing’s August purchasing managers index indicated that the economy was continuing to recover.

Prices of non-ferrous metals were rising as supply was constrained in China by stricter domestic environmental regulations, while demand from infrastructure projects was increasing. As a result, the inventory of metals was shrinking while prices increased. 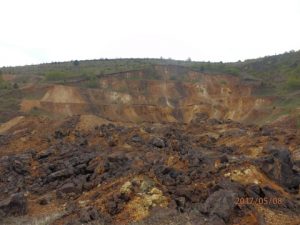 The zinc market has been tightening thanks to the closure of exhausted mines such as Century in Australia, and on Glencore’s 500,000 tonnes annualised cutbacks. The LME zinc inventory fell by over 40% between January and late October 2017.  The shortage of zinc may continue through to 2019 when new zinc mines are expected to be commissioned, said Mr Nazerali.

The two Serbian mines Euro Zinc wants to reactivate operated until 2002. From 1986 to 2002, when production at Kizevak was carried out by a company named Suva ruda, some 2m tons of lead and zinc mineralisation were extracted by open pit. Exploitation of the Sastavci deposit started in 1985 and was later redirected to the Kizevak deposit.

Within the concession, there were no known environmental, or cultural concerns, and the project could move to production in 24 to 36 months, said the Euro Zinc backers.

The offering is being presented to the stock market as a timely mining opportunity with an attractive valuation compared to other lead and zinc projects. Euro Zinc has been enthusiastically introduced to London and other investors by Michel Cornis, managing partner and founder of Cornis Consult Finance, Geneva, who has a long record of success in identifying value stocks.

The company spokesmen outlined the advantages they saw in Serbia as a jurisdiction: mining friendly and with excellent infrastructure. Mining is the republic’s fastest growing sector, representing 2% of gross domestic product. 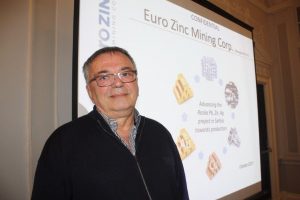 Serbia has 10 mines in operation (some near the Euro Zinc property), and 350 exploration projects underway. There are above average resources in gold, silver, copper, lead and zinc. Royalties are between 1% and 5% depending on negotiation with the government.

There is no restriction in Serbia on foreign ownership of companies. Foreign investors include Freeport-McMoRan, Nevsun Resources, Dundee Precious Metals, Tethyan Resources and Mineco among many others. Serbia has free trade agreements with the EU, Russia, Turkey and Central European Free Trade Agreement countries.

Euro Zinc is being created by means of an acquisition by Wangton Capital Corp, which is listed on the NEX board of the TSX Venture Exchange, of the shares of a company named Taor. Taor’s sole shareholder is Balkan Minerals, beneficially owned by Dr Vukcevic. As part of this arrangement, Wangton changes its name to Euro Zinc. 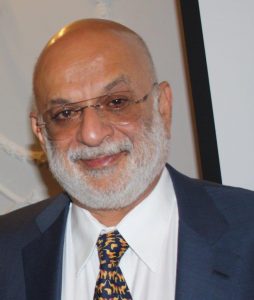 Dr Vukcevic has worked in the mineral industry for more than 35 years. Much of his distinguished career in engineering, technical and equipment specialities and management has been in Australia where he became a citizen. He worked with among others Alcoa World Alumina, Murrin Murrin (one of the largest nickel laterite and cobalt processing facilities now owned by Glencore) and Niksic Steel Mill, a specialty steel plant in Montenegro.

Mr Nazerali, born in Kenya, was educated at Columbia University in New York City. Now based in Vancouver, Mr Nazerali has been since 1991 a principal of Valor Invest, a merchant banking firm that has financed many companies in natural resources, software, telecommunications, and emerging technologies.