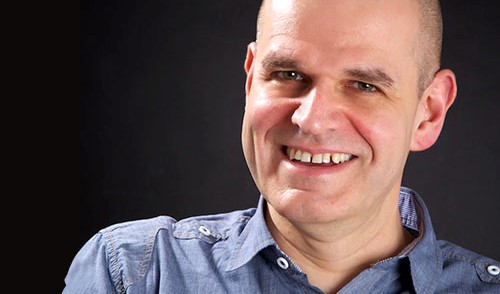 “A new strain of ransomware nicknamed ‘Bad Rabbit’ has been found spreading in Russia, Ukraine and elsewhere” reported the media as recently as 24 October. Hardly a day goes by without news of a fresh cyber-attack. Organisations as diverse as Maersk and the UK’s National Health Service have suffered attacks and increasingly the message from cyber security specialists is “think not ‘if we get attacked’ but ‘when’, and be prepared”.

The Institute of Marine Engineering, Science and Technology’s (IMarEST) Marine Electrical and Control Systems Safety Conference (MECSS 2017), being held in Glasgow on 22 and 23 November, will feature a highly topical Cyber Security Panel Debate entitled ‘Maturity, commonalities and differences in approaches to cyber security across transport’, organised by The Institution of Engineering and Technology (IET) in collaboration with IMarEST, and designed to help delegates prepare for the attack that will be coming their way.

“The IET Code of Practice: Cyber Security for Ships published in September lies at the heart of the debate, which will take place at the end of the first day of MECSS 2017,” explains MECSS 2017 Conference Chairman, Kevin Daffey, Director Engineering & Technology, Marine at Rolls-Royce. “The debate will build on previous successful collaborations between IMarEST and IET, as well as providing additional focus from two major Professional Engineering Institutions (PEIs) for this rapidly emerging and complex area for the maritime sector and wider industry.

“The IET’s Code, commissioned by the Department for Transport and launched by Transport Minister Lord Callanan on 13 September during London Shipping Week, certainly helped to focus attention on some of the dire results of successful cyber-attacks. These could include physical harm to the system or the shipboard personnel or cargo (potentially endangering lives or the loss of the ship); the loss of sensitive information, including commercially sensitive or personal data; and criminal activity, including kidnap, piracy, fraud, theft of cargo, or the imposition of ransomware,” he adds before diving deeper into the session.

“I have no doubt that we will all come away from a stimulating 75-minute discussion much wiser and more prepared than we were, and ready to carry on discussing what we have heard at the Conference Reception hosted by the City of Glasgow which follows,” adds Kevin Daffey. “We are grateful to The Lord Provost and Glasgow City Council for holding this end-of-day event.”

MECSS 2017 is organised by FIGS Events Limited on behalf of IMarEST at the University of Strathclyde’s Technology & Innovation Centre (TIC) in Glasgow, with an Industrial Visit to the University’s Power Networks Demonstration Centre (PNDC) open to all delegates the day before the official proceedings begin.

QinetiQ is the Principal Sponsor, and MECSS numbers The Institution of Engineering and Technology (IET), US Office of Naval Research Global (ONRG); SAFETY4SEA; GREEN4SEA; Institution of Mechanical Engineers (IMechE), and Glasgow City Council amongst its supporting organisations.