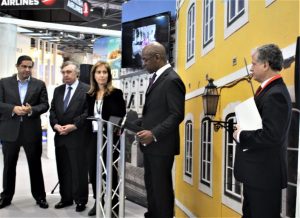 My native province of Alentejo, Portugal, is increasingly in the spotlight of the tourism industry – although officials are making sure they expand the business at a careful pace.

Alentejo is the biggest province in the country but way behind the Algarve and Lisbon in visitor numbers. The south-central province has resorts on the coast, and other attractions are modest-sized historic cities and towns, agri-tourism and a wine route covering 70 vineyards. 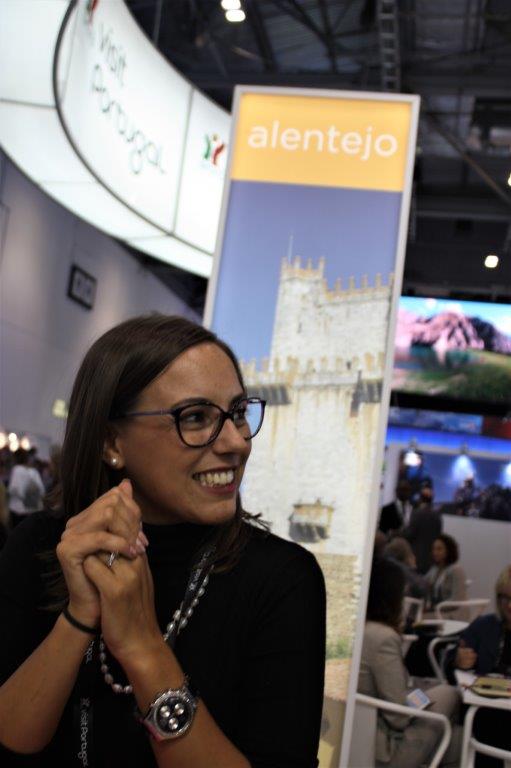 Its serene nature ought to guarantee that it will not fall victim to the excess tourism pressures that have befallen some hot-spots of Europe – “go home, tourists” protests have already taken place in Lisbon’s crowded downtown.

Alentejo has another advantage right now in that prices of many of the goods and services bought by visitors are cheaper than in Portugal’s most popular beach resorts and the main cities.

António Lacerda, executive director for Turismo de Portugal Alentejo, said of his organisation’s strategy: “We must go forward at a pace not longer than our legs can bear.”

Ana Mendes Godinho, Portugal’s state secretary for tourism, flew to the World Travel Market in London in November to congratulate businesses in the sector on their work and to meet representatives at the Alentejo and other stands.

Ms Godinho has been keen to see marketing stepped up beyond the traditional magnets of Lisbon, Algarve and Madeira. She wants to put “the interior” more firmly on the tourist map and ensure that overseas markets recognise that the country has more to offer than the stereotypes of 20 years ago. 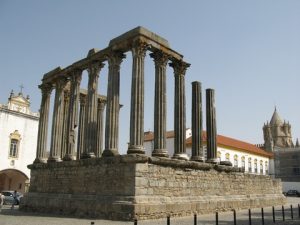 Tourist numbers nationally are buoyant and have helped dent unemployment levels. The country is on track for another record year after tourist arrivals in 2016 exceeded 10m for the first time. Tourism has been a driver of economic recovery since the 2011-14 debt crisis. By some calculations, hotel and travel-related revenues account for 16.6% of Portugal’s gross domestic product, and the World Travel and Tourism Council says the figure will go on rising.

Ms Godinho met leaders of the Association of Independent Tour Operators as they prepared for their annual overseas conference, which will be in Portugal for the fourth time in its history, and in Alentejo for the first time.

Their choice of venue is Évora (the stress is on the first syllable), the main city of Alentejo, and an important trading and religious centre since Roman times. The association, which encourages sustainable tourism, represents 122 of Britain’s independent tour operators. Its previous conferences in Portugal were in Oporto, Estoril and Funchal.

The tour specialists will have their convention from November 23 to 26 in a city which is marketed as the gateway to the fertile plains of the Alentejo. Alentejo means literally ‘beyond the Tagus,’ the river on which Lisbon is situated. 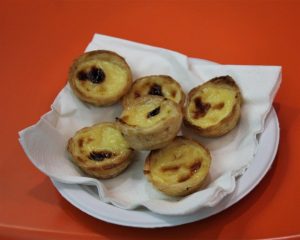 António Padeira, director of the Portuguese National Tourist Office in London, welcomed the decision of the association to stage its conference in “Évora – the beautiful capital of the Alentejo region, just an hour south-east of Lisbon.”

Derek Moore, chairman of the independent operators, has said: “Considering our chosen destination is so close to home, it is surprising that it is so little-known within the UK travel industry – and thus by our customers.”

Mr Moore said that Évora “offers superb food and wine, interesting cultural sites ranging across 7,000 years of history, from prehistoric times through Roman and Moorish occupation, plus the Knights Templar, with plenty of medieval fortified castles and hill-top churches to explore.”

In addition, there were many activities ranging from dark sky watching (sites away from urban light pollution) to river and lake canoeing and windsurfing, from horse riding, cycling and walking the rural and coastal pathways, with ancient cork oak forests and white-sand beaches, to hot-air ballooning, birdwatching and wine tasting. “It’s the perfect AITO destination,” said Mr Moore. 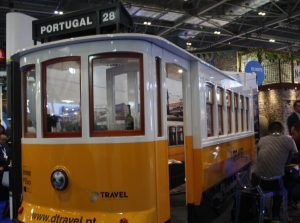 Évora is a Unesco world heritage city, and Mr Moore said: “It is my guess that a lot of AITO delegates will be keen to stay on after the conference to explore more of this beautiful region which takes up one-third of Portugal’s land mass, produces 46% of the country’s wine and yet houses just 6% of its population.”

Gemma Antrobus, who chairs AITO Specialist Travel Agents, added her endorsement of the choice of conference base. She said: “Dubbed the Provence or Tuscany of Portugal, with a coastline like the Algarve 40 years ago, this destination will doubtless become a top seller for AITO agents’ discerning clients; Évora is a must-see for everyone looking for something special for their clients.”

The main conference location will be the newly-built Hotel Vila Gale Évora, a five-minute walk from the historic centre of the city. Some delegates will stay at the Pousada dos Loios near the Roman temple.

Delegates will be offered a choice of tours on the final day: Évora on foot or a visit to the hill-top village of Monsaraz, overlooking Lake Alqueva, and Vila Viçosa, traditional home of the Dukes of Braganza. Catherine of Braganza, who became Queen of England, Scotland and Ireland for 23 years from 1662, when she married Charles II, is credited with introducing the afternoon tea to the British court. Tea was already popular among the Portuguese nobility, having been brought back by explorers, along with exotic spices which influence Portuguese cuisine to this day. 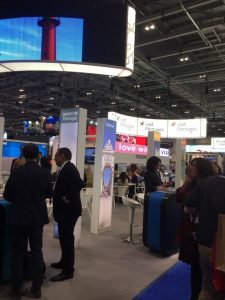 Évora boasts the second highest number of national monuments in Portugal after the capital. Highlights include:

the majestic gothic Sé cathedral with its two mismatched towers;

the Templo de Diana, considered the best preserved Roman temple on the Iberian Peninsula. It was protected from destruction by being incorporated into Évora Palace, and later used as a barn for storing wood. The temple is named after the goddess Diana but when constructed in the 1st century was dedicated to Emperor Augustus.

the Aqueduto de Água de Prata which ensured that there was a constant supply of water to the city and is connected to springs in Graça do Divor, 18 km to the north. Outside the city walls the aqueduct forms imposing arches, while inside the city, houses and shops have been constructed beneath them. The name of the aqueduct (the Silver Water Aqueduct) reflects the silver appearance of the water under the summer sun, as well as its huge construction cost;

the macabre Chapel of Bones. Capela dos Ossos. Its walls are lined with the bones and skulls of more than 5,000 bodies that were exhumed from the graveyards of Évora. The bones are used to decorate the chapel, as it was a Franciscan Counter-Reformation belief that death is purely transitory. The wording above the entrance ominously reads: “We the bones wait for yours.”

Beyond the city are the prehistoric standing stones of Cromeleque dos Almendres and the castle at Évoramonte.

Summer tourism in Alentejo calls for caution: temperatures can reach the 40s Centigrade, so most sightseeing must be done early or late in the day. Over the year, there is a huge temperature range. The November conference can expect to be held amid mild conditions, averaging 17C.

A few weeks before World Travel Market London, Portugal for the first time won the title of best European destination in what have become known as the Oscars of the travel industry, the World Travel Awards. In a ceremony in St Petersburg, Russia, Portugal scooped nearly a third of the awards, taking 37 which was 13 more than in 2016.

Among them, national flag carrier TAP took the title of best leading airline to Africa and South America, and it won the vote for Europe’s best in-flight magazine.

These accolades, Ms Godinho said, “bring the added responsibility of continuing to improve our destinations, our offer, our human resources, and to innovate to ensure that we are up to the demands of an increasingly sophisticated market.”

Ms Godinho praised “the commitment of all to make Portugal a tourist destination of excellence, with diverse and unique offerings that extend throughout the land.”

Formerly vice-president of Turismo de Portugal and board member of a tourism venture capital company, Ms Godinho was appointed to her present post in November 2015.