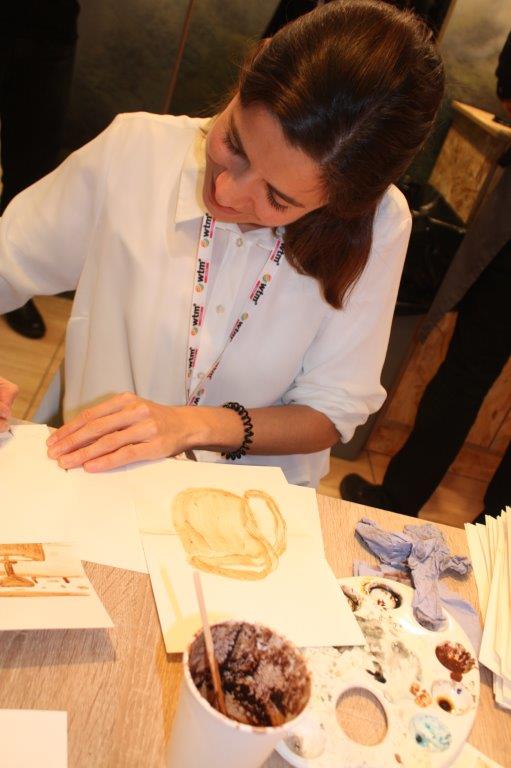 Adriana and her coffee art.

By Graciete Amaro and James Brewer

A caffeine boost is being administered by Colombia to the world of fine art.

The coffee-cultivating republic is proud of its output of high-quality beans, and at its national stand at the 2017 World Travel Market in London visitors admired rapid-fire paintings in the medium of – what else but coffee!  Sketch after sketch was fashioned by gifted exponent Adriana, originally from Bogota, who currently lives in Barcelona.

Refreshing her brushes in soluble mixtures in a vase the size of a coffee mug, she adroitly produced scenes of colonial architecture of the type that can be seen in the extensive “coffee triangle” of the republic, and of landscapes of rolling hills, rocks and lakes.

As she mixed hues on a basic palette, Adriana showed herself to be comfortably at home with this unusual medium, and generously offered her completed works to visitors calling at the stand for business appointments, or attracted by its combined offering of art, national music, regional food and juicy drinks. 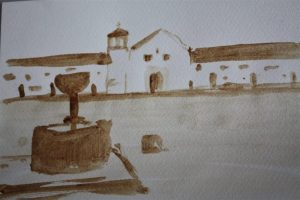 One of Adriana’s coffee paintings.

It was the perfect refuelling stop and a chance to discuss trade and travel prospects with representatives of entities including Procolombia, which promotes tourism, investment, exports and business relationships.

Colombia’s coffee cultural landscape as depicted in the sepia-toned mini-masterpieces of Adriana is a popular tourist destination.

The South American country is a main inspirer of this coffee curiosity, but the genre has percolated to other countries as people get to enjoy dabbling in the subtle tones of coffee, as washes for sketches and for more intense depictions. The popular beverage provides grounds, so to speak, for a distinctive type of fine art in which just a drop of water softens the lines and eases shading. 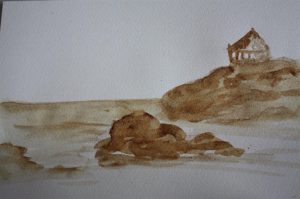 Among those brewing coffee into creativity is Maria Aristidou of Larnaka, Cyprus, who stumbled across the technique when she accidentally spilled her drink over a watercolour that had been commissioned by a client. Disaster turned to delight as she became fascinated how the liquid was absorbed into the paper. She found it was easier to control coffee as a medium than brown watercolour paint, and has gone on to produce substantial images in the tint including the Beatles drinking a cup, Disney characters, Yoda from Star Wars, and a cover for National Geographic magazine of an Afghan girl. 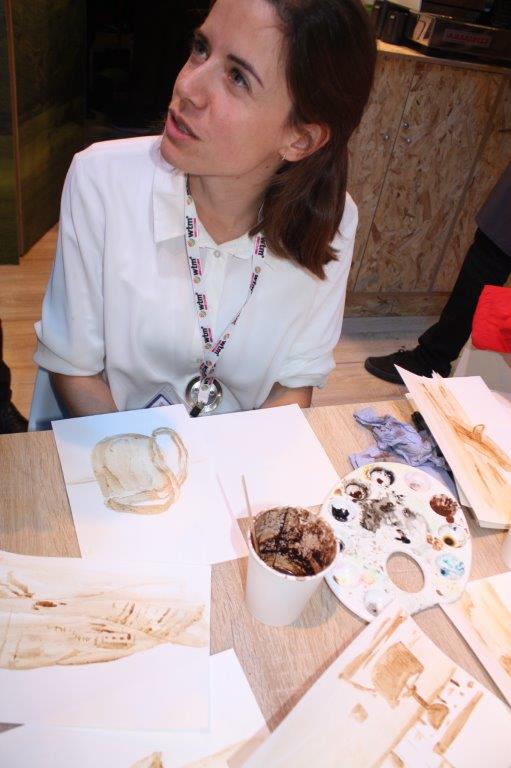 One of the most prolific portfolios is produced under the brand name Coffee Art by a couple from Minnesota, Andrew Sauer and Angel Sarkela. They have been turning out coffee paintings since 2000, having hit upon the idea while getting ready for an art show at a coffee house in Duluth. They seal their work with a clear coat of acrylic to make it durable.

Another American, Karen Eland of Oregon has reproduced in espresso Michelangelo’s Creation of Adam, Leonardo’s Mona Lisa, Vermeer’s Girl with a Pearl Earring and many more (painting with beer is another of her talents). A Thai artist named Pornchai Lerthammasiri has become known as the Impressionist of coffee art.

The techniques of these monochrome paintings are akin to those of traditional watercolours, and instant and roasting brands can be used.  There are several tutorials on the internet, mostly by US artists. 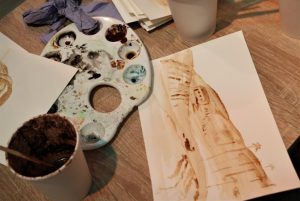 With its economy in improved shape, Colombia is full of beans. According to the National Federation of Coffee Producers, which represents many thousands of family estates, the country exports around 1m sacks of 60kg capacity of green coffee equivalent per month. Most of the cargo goes through the ports of Buenaventura, Cartagena and Santa Marta.

A good chunk of the nation has ideal conditions for coffee, which flourishes in volcanic soil at high altitudes, in a frost-free climate, although some of the terrain is precipitous.

Colombia claims to produce “the smoothest coffee in the world.” Producers grow only Arabica beans, which have a sweet, mild taste, and they harvest by hand. 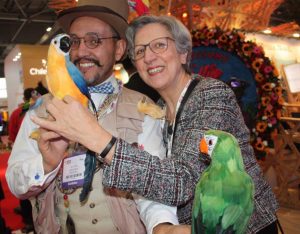 The coffee region spans several of the country’s provinces – Risaralda, Caldas, Quindío and Norte del Valle – and comprises nearly 350,000 hectares. The scenery of lush, mountain landscapes and coffee plantations, coupled with the traditional architecture of terracotta-roofed farm houses, led Unesco in 2011 to add the area to its list of world heritage sites. Unesco cited it as an “exceptional example of a sustainable and productive cultural landscape that is unique and representative of a tradition that is a strong symbol for coffee growing areas worldwide.”

The typical architecture in the urban settlements is a fusion of Spanish legacy and the indigenous culture, notably with sliding roofs. 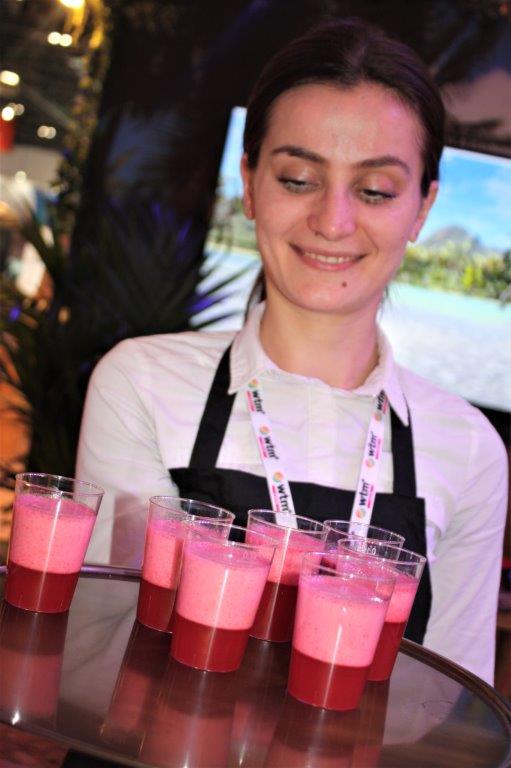 Time for a super-juice drink.

Medellín, the nation’s second largest city, can be a bustling starting point for a trip to the coffee triangle. Over the past 20 years the city has eradicated its reputation as a gang-ridden murder capital to become a thriving business and tourism centre.

In the countryside, holidaymakers can stay at haciendas and villas, and take hiking trails to “virtually blend with nature,” say the brochures.

The coffee triangle is accessible through airports of the cities of Armenia, Manizales and Pereira, all of which have connections to Bogota. Some international airlines offer direct flights from the US.

Great artwork, amazing artist! Where can I find more of her work??

Hi!! I’m Adriana the one that was painting with coffee at the WTM! someone sent me this article and it made me very happy to read it. It’s really nice thanks!! It was a very nice experience to be able to use this technique and meet so many nice people in three days 🙂