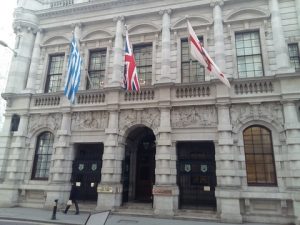 Whereas typical JDP projects will focus on developing designs only, a unique feature of this JDP is that the scope of collaboration included both design and construction aspects.

At the request of the project partners, LR also undertook an assessment of the capability of CMHI, working together with GTT licensee Gabadi, to build LNG carriers using GTT membrane tanks. The Assessment covered many areas of LNG ship construction including fabrication, design, project management, procurement, and importantly, the proposed interface between Gabadi and CMHI for the outfitting of the GTT tanks. LR’s findings are now being used by the project partners as a road map for further development of their capabilities. The successful results of the assessment also give confidence to ship owners that CMHI is capable of building LNG carriers, and that they are taking a robust, professional approach to further developing their LNG carrier capabilities.

Based on the encouraging results of the LNG carrier Construction Assessment, CMHI and LR further extended the scope of cooperation to include a gap analysis of CMHI’s Welding & NDE practices and quality for all ship types, not just LNG carriers. As per the LNG Construction Assessment, the results were very encouraging and CMHI satisfied all 23 assessment criteria specified by LR within the Gap Analysis.

Adnan Ezzarhouni, General Manager of GTT China commented: “We have been impressed by the work undertaken by China Merchant in order to offer world class LNG carrier shipbuilding. The association of experienced Marine designer SDARI along with GTT’s licensed Outfitter Gabadi China, allows to CMHI to step in the mid and large LNG carrier in a credible manner. LR’s deep evaluation and support during the JDP has been critical, and brings further confidence on the way forward. China Merchant Industry holding is already a GTT partner on the LNG ship dry-docking, and we are happy to further collaborate on the newbuilding.”

Antonio Llago, Gabadi China Chairman, said: “During this job, LR staff demonstrated their knowledge about the LNG technology in general and membrane in particular to make easiest the job. The result of this agreement make possible that the new LNG with Membrane Mark III will be a real fact that will come in a near future in China with the capabilities of CMHI the GTT technology and with the LR approval, I am very excited to be in this really good team”

Wang Gangyi, Chief Engineer of SDARI commented: “SDARI is delighted to be involved in the JDP, and committed to deliver a new generation of efficient and environmentally friendly LNG carrier that achieves an approval in principle in compliance with the LR rules. This concept design has been assessed within an agreed framework, confirming that the design is feasible and no significant obstacles exist to prevent the concept from being realised. SDARI continually takes a proactive approach to developing and adopting technologies that contribute to reducing environmental impact and enhancing safe operation, while providing safe and reliable design services.”

Jose Navarro, LR Marine & Offshore Principal Gas Technology Specialist, commented: “During the LNG carrier Diagnosis Assessment carried out by LR Principal Specialists, CMHI staff demonstrated their commitment and capabilities for the successful completion of LNG carriers. The results of the Shipyard Assessment were satisfactory and the LR Specialists did not identify any major hurdle or barrier for CMHI to proceed with the construction of a large size membrane LNG carrier (about 180K M3) considering the expected EPC support of the GTT licensed outfitter GABADI and under the assistance of a well experienced classification society in such vessel type.”
China Merchants Heavy Industry (CMHI)GabadiGTTjoint development project (JDP)Lloyd's Registermembrane for LNG CarriersShanghai Merchant Ship Design & Research Institute (SDARI)
0 comment
0
FacebookTwitterLinkedinEmail