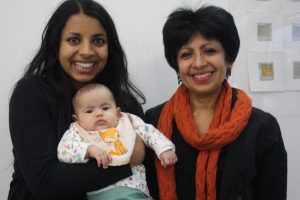 Sumi Perera, an award-winning artist, has had a joyful year with her installations gaining further acclaim in London and beyond; and above all in becoming, belying her youthful looks, a grandmother.

Now her little grand-daughter Tomiri at the age of one month has dipped her toes, all five of them on her right foot, into the art world. Her composition, in collaboration with her mummy, goes under the title of Blue Penguin.

With a sole dunked in children’s paint, Tomiri gently put her stamp on a sheet of prepared paper. “She was happy doing that because she knew it would be followed by bath time, which she enjoys,” said her mother, Suda. 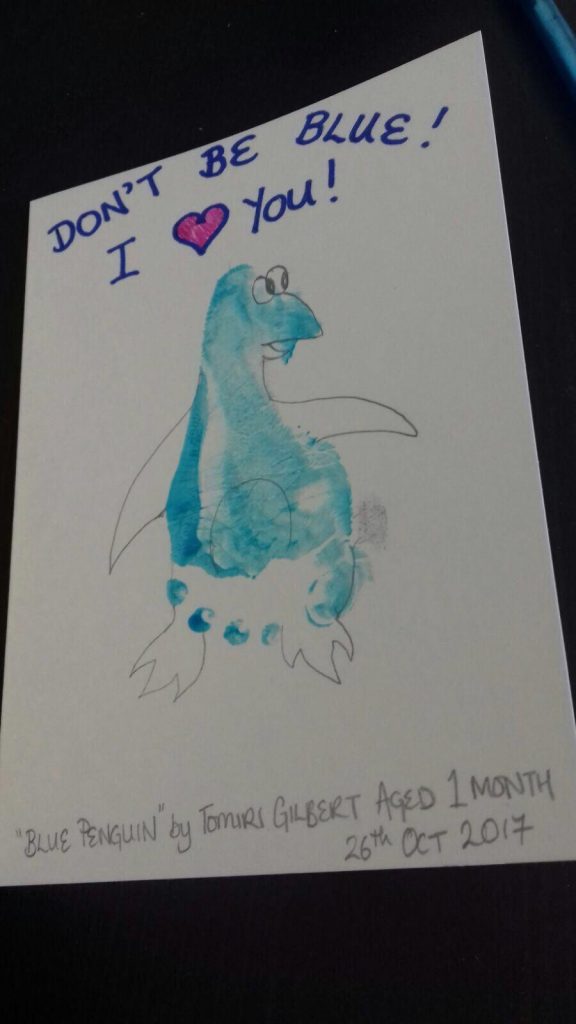 Sumi and Suda – who have collaborated in several artistic projects – are confident that these baby steps will be Tomiri’s first in a family tradition: every journey starts with a single step, the saying goes. A further step is that at just eight weeks old, Tomiri has been introduced to the wonder of entering an art gallery in the capital.

Tomiri was brought along to an array of contemporary works as Sumi capped her 2017 successes by showing her installation Subliminal Spaces VI at the annual festival of print hosted by East London Printmakers at the Art Pavilion, Mile End, London.

This, typically for Sumi, was composed of many modules, combining traditional printmaking methods (a selection from etching, aquatint, mezzotint, embossing, screen-print, drypoint, monoprint, collagraph), vitreous enamel, and contemporary techniques like laser-cutting and electro-conductive inks, that emit sound upon touch.

“My installation is a very personal work, referencing Grenfell Tower, Brexit, Trumpisms etc,” she said. “It contains blueprints of a house that we never got around to building in Sri Lanka [where she was born], because of the civil war and other unforeseen circumstances; floor plans of my current house; and cross sections of the Art Pavilion too.”

She pinpoints the contradictions in contemporary construction: there is unbuilding that results from civil conflicts, whereas you can take the same sequence of letters in UN Building to be a positive symbol about the nations getting together, under the United Nations Organisation.

It is a narrative in an ongoing series of artist books and print installations called UNBUILDING BLOCKS, which was awarded the Lawrence King Publishing Prize in 2015. 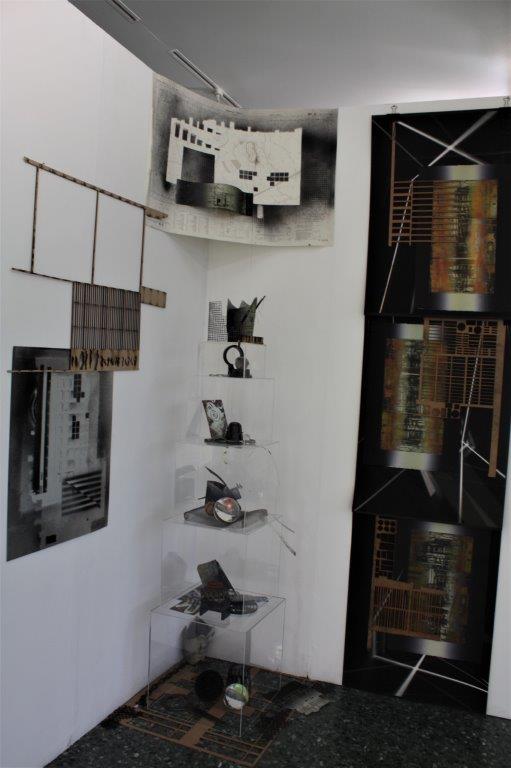 The inspiration was Unbuilding, a book written by David Macauley in 1980 about the Empire State Building in New York being dismantled and rebuilt in the Middle East.

At the East London festival, guest of honour Shezad Dawood made special mention of Sumi’s hybrid printmaking techniques. This was pleasing to her as an ardent admirer of his work, particularly his Leviathan cycle of 10 films that traces links from human activity to marine ecology and back again. Leviathan was shown in Venice during the city’s Biennale.

Hanging beside the Subliminal Spaces installation at the Festival of Print, were Sumi’s selected 53 aphorisms of John Ruskin (1819-1900) an artist, critic and polemicist. These include “The best work never was and never will be done for money;” “The best things in life aren’t things;” “To be able to ask a question clearly is two-thirds of the way to getting it answered;” and a favourite, “One can’t be angry when one looks at a penguin.”

Sumi was the first recipient of a guest artist fellowship, six-week residency and solo show in Venice at the Scuola Internazionale di Grafica, awarded to a member of the Royal Society of Painter-Printmakers. The main themes for this body of study were a reflection on Ruskin’s thinking as a Victorian socio-political reformer and his love for La Serenissima. For that show, Sumi created flipchart portable books and posters in tribute to the Venetian Aldus Manutius (c1452-1515) a scholar and typographer (inventor of the italic fonts and inspirer of the paperback book by his libelli portatiles = little portable folios); and mezzotints of lamps that lit up, celebrating the artisan qualities of printmaking.

The ideals of the United Nations mentioned above had been taken up by Sumi and other artists for what was called the Weltwand (World Wall) in Minden, Germany. This is a five-year project based on the 17 UN sustainable development goals, an external display of work co-curated by Katja Rosenberg and Cecilia Herrero-Laffin. Her study for this was based on a plea “that gender-distinction, disparity and politics becomes a redundant entity” and a desire that the social difference between the genders be bridged. In her statement with the work, she referred to her early years attending “an all-girls school that produced the world’s first woman prime minister, and above all, this fab friend of mine Indu, who is now a very successful playwright, film-maker, actor, and above all a happily married man! The nuns in my school were very liberal and forward-thinking, pretty unusual for Catholics, I must admit.” 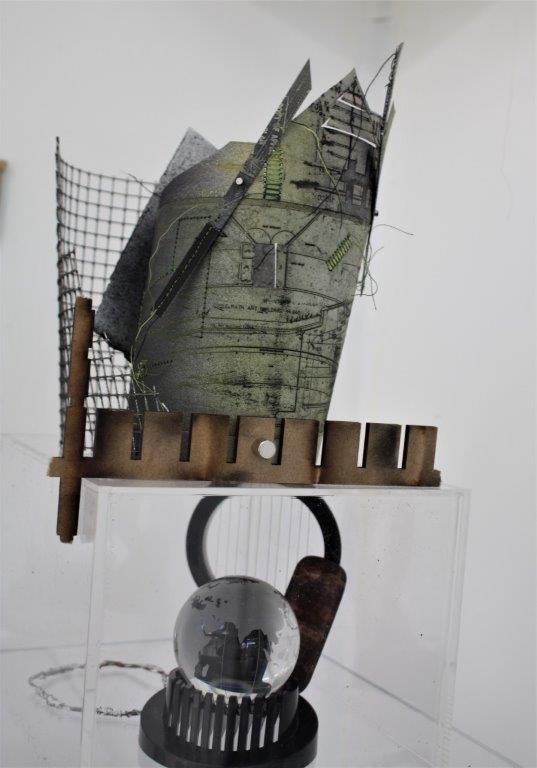 Talking about the generations, Sumi’s daughter Suda plunged into the world of art when young.  The two wrote a poem with internal rhythm (to echo internal conflicts) entitled 10-20, Sizing up the Opposition, when Suda was doing her GCE A-levels. In performance, as the animation of the book unfolded, the words were read out by male and female voices from the audience.

The narration focused on “the machinations and manipulations within the clothing industry” in relation to dress sizes 10-20. The six verses or page turns had the font size and number of lines increasing from 10 to 20. On a screen backdrop were photos of undressed mannequins taken through shop windows.

A version of 10-20, Sizing up the Opposition (a CD-ROM animation and artist book ) by Suda and Sumi (Pereras x 2= SuperPress Editions ) was acquired for the Tate Britain collection in 2004.

This is an ongoing project, and was revisited in September 2016 at the Crypt Gallery of St Pancras parish church for the 100xMadonna exhibition (100 artistic perspectives on the icon of the Mother of Christ). There it was known as Our Ladies-Undoer of (K)nots, reflecting “on the paradoxical importance given to women in the Catholic church. On the one hand, the subordination of women in the church hierarchy and regressive Catholic dogma relating to women’s bodies and sexuality are at odds with feminist principles. Yet, the Virgin Mary is so highly venerated as ‘the Mother to whom God entrusted the undoing of knots.’” It featured exotic skins of ostrich, eel, fish and cow intestines, metal mannequin, 100 strips and 1,000 knots.

Sumi and Suda had individual entries shortlisted for the National Open Art competition 2015. Suda’s work was entitled No Country for Young Men. This was based on a photograph taken by Suda at the Rwandan-Congolese border in 2008. Sumi stretched this landscape-format image into a portrait format and developed a monochrome etching, Boys II Men. In doing so, she made the children ‘taller’ reflecting on the passage of time between the initial captured moment, and her daughter returning to the border area to complete her PhD several years later.

Suda’s doctorate was on international conflict analysis and she gave parliamentary evidence in 2017 on her report based on the Democratic Republic of Congo. On another level, she has fashioned ceramics and paper flowers, using music manuscripts and maps, to contemplate personal musical and cartographic references. 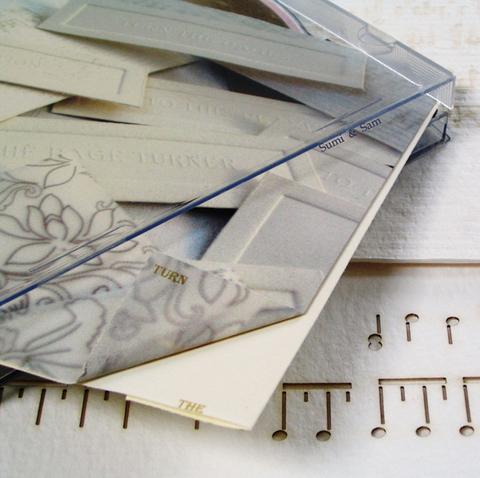 Sumi collaborated with her younger daughter Suvey during the Liverpool Biennale 2008 when artists added their creations inside a labyrinth of purposeless tunnels, now accessible via a heritage centre, dug to give jobless men returning from the Napoleonic wars the dignity of labour. The tunnels were built for Joseph Williamson, a merchant and philanthropist who was nicknamed the Mole of Edge Hill, a district of Liverpool.

Suvey was at the time studying medical science at Liverpool University, and is now working in New Zealand as a doctor. Her other accomplishments include being the regional finalist in the National Pavement Artist Awards; first prize in the Graphic Novel Competition in Guildford, Surrey; and first prize in the Playwright’s Competition in Bromley, Kent (similar awards were won by her sister Suda, in an older age group category). 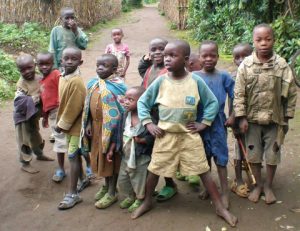 No Country for Young Men. Photo by Suda Perera

Sumi and Suvey collaborated on eight bookplates The Life and Opinions of Laurence Sterne and his Work, for the public art installation EdgeCentrics, curated by Jolanta Jagiello. Materials were porcelain, metal, wood and resin-embedded paper and fabric. The bookplates refer to the playful devices used in the novel The Life and Opinions of Tristram Shandy, Gentleman by Laurence Sterne (1713-1768). That nine-volume book was considered the forerunner of modernist writing and is believed to have influenced writers including James Joyce, Diderot and Salman Rushdie. 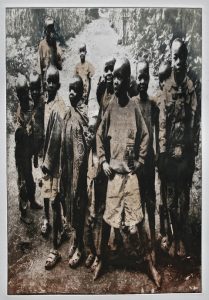 Sumi cites her parents Merrille and Bernadette as the supportive actors in her life. Her dad, a professor of pathology, a painter, bonsai gardener and performance artist was her inspiration in evolving as an interdisciplinary artist. He was famed for his Carmen Miranda drag act, walking barefoot over a bed of coals, and his mind-boggling magic tricks. In his free time, he wrote peer-reviewed, ground-breaking articles in international medical journals. Sumi’s mother Bernie, an accomplished pianist, encouraged Sumi to follow any pathway she chose, hence Sumi’s late career swing into the field of arts:  she had previously worked as a doctor in Sri Lanka, a scientist in the UK, and did an MA at Camberwell College of Arts, University of London, in 2003-04.

There is another important strand to Sumi’s family story. She has completed a series of works, Turn the Page, using her mother’s favourite piece of music, in collaboration with her niece Samantha Fernando, who is a composer and lecturer in composition at Royal Holloway, University of London. This comprised a book accompanied by a recording from the manuscript of Beethoven’s Sonata Pathétique which begins with the opening of the book followed by acoustics generated by each page turn.

Samantha has received many commissions from ensembles and festivals. In 2013, she was awarded a Royal Philharmonic Society composition prize and commissioned to write a work for the Philharmonia Orchestra as part of the Music of Today series. That work, Sense of Place, was premiered in May 2014 at the Royal Festival Hall. In 2015, her music was performed at the Huddersfield Contemporary Music Festival by the Riot Ensemble. 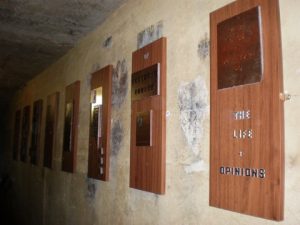 February 2016 saw the premiere of The Journey Between Us – a large-scale work for narrator and ensemble, commissioned by the London Sinfonietta, and in the same month was performed her Sissay Settings for soprano and piano, commissioned by York Late Music in response to the poetry of British author Lemn Sissay.

Samantha’s latest work, Formations, will be premiered on January 24, 2018 by the London Sinfonietta at its 50th anniversary concert at the Royal Festival Hall, conducted by Vladimir Jurowski. It will be in a programme featuring Stravinsky, Ligeti, Birtwistle and a Hans Abrahamsen piano concerto. The concert will be broadcast live by BBC Radio 3. Amid this busy schedule, Samantha has just had a baby boy Luca, a cousin for Tomiri so the two can doubtless collaborate in the future! 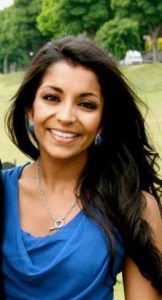 What is next for Sumi? Rebuilding the Built XII has been selected by Bristol-based fine art print authority Dr Paul Laidler for Contemporary Print 2018 organised by Texas-based Print Austin; the first time the event has opened its doors to international artists. Subliminal Spaces VI has been selected for Craft + Conflict, a touring exhibition in 2018, curated by researcher and artist Dr Karen Babayan, which will explore the status of shelter amid violent upheavals and threats to the environment.