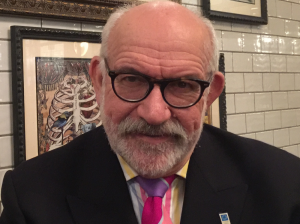 The BDI (Baltic Dry Index) continued its downfall as did Geopolitics and things are getting more than sour every single hour; we are living in interesting times. John Faraclas’ daily briefing:

With minus 25 points the BDI now stands at 1,139 thanks to the as ever volatile and enigmatic Capes which had another triple-figure loss of 132 points with the BCI standing at 1,611 points. More than CAUTION should be observed!

The Handies lost just one point and now the BHSI reads 580… Everybody awaits what will happen with this index; our view is that same should remain – just take the percentage of the ships/tonnage available and its importance, not to mention its necessity and then to decide. We have heard and overheard many arguments, one being that the Baltic doesn’t have a real so to speak vested interest in none of the indices, only the owners who own ships have as well as the charterers, hence any decision should be wisely and projectively taken!

The Wets? Both slightly falling; the last published BDTI (Dirties) and BCTI (Cleans) stood at 715 – minus two and 566 – minus three points respectively…

The WTI maintained the “flirting” close to the US$64 mark – as these line are being written same stood at 63,85… CAUTION as the price of oil might backfire.

Geopolitics, as said in the preamble, remain tensed, enigmatic and we foresee a conflagration in the entire Middle East region – particularly with Turkey’s blackmail appetite to invade Syria’s northern Kurdish enclaves adding to other hot spots mess. It is NOT just the North Korean saga which either will evaporate – given the  Olympics and a few other spots (Iran being possibly one) but this one with Turkey’s sheer madness backed by evil forces that is the most serious one which can also destabilise the entire Balkans and cause a real mess in Europe and in particular the EU! Ultra-caution as the drums of a total War, a World War so to speak can now be clearly heard; shame!

On another tone and note the GSCC’s (Greek Shipping Cooperation Committee) annual Vassilopitta event surpassed any previous number of participants earlier on at the Baltic; who wasn’t there! Three lucky punters got the three sovereigns; Baltic Exchange’s Chaz Albrecht (!), Hermes’ shipbroker Nicholas Skinitis and… Tryfon Kedros from Southern Shipping and Finance, continuing yesterday’s Kedros’ family luck when his nephew Alexandros won the Lloyd’s Register’s one! Tryfon Kedros at 106 as fit as an ephebos remains a beacon for all with his long standing shipping and sports career and experience!

An excellent, brief and stimulating as always speech by Harry J. Fafalios  – the chairman of the Committee who amongst other issues, he mentioned the importance of crew members to have appropriate, adequate accommodation particularly with Japanese built tonnage! We will revert soon with his full speech, the New Year’s …Seafood-For-Thought… as many call it!  The rituals as always by His Eminence Archbishop Gregorios of Thyateira and Great Britain officiating– always in a great mood, assisted by Deacon Evgenios. Good to see the First Sea Lord, Emeritus, Admiral Sir George Zambellas with a …make-shift gong ordering all to attention for the speeches and cheering the event!

This event brings together over three decades now the international shipping community’s stakeholders based in the Square Mile and beyond to a closer approach and connection in furthering the maritime adventure to all intents and purposes. Congratulations to the Committee’s Secretariat headed by Radm (Rt.HCG) Costas Amarantides  and Maria Syllignaki for organising this excellent event!

Have a nice evening and be on guard for any eventuality emanating from Pirates and Terrorists looming in the background wherever you are on Planet Ocean!!!