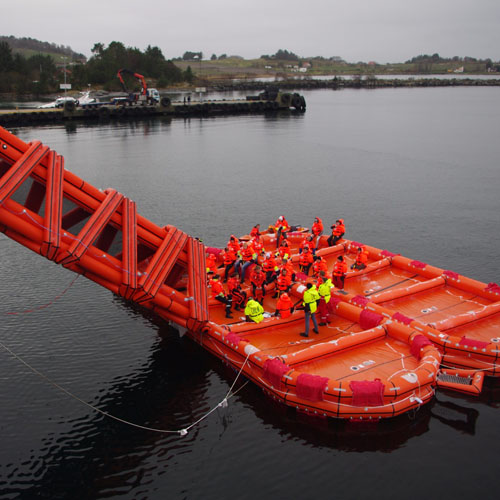 A view of the Super Slide

Safety solutions provider Survitec will be demonstrating its evacuation Super Slide at Seatrade Cruise Global in Fort Lauderdale in March, a US first for the company.

The SurvitecZodiac slide will be mounted from the third level of the exhibition to the second level, allowing attendees the unique opportunity to experience a smooth and speedy evacuation.

The marine evacuation slide has twin tracks allowing for rapid departure and is able to clear 750 people in just half an hour. It is suitable for all individuals – including children and those with impaired mobility – and affords the reassurance of allowing groups to descend together in full view of each other.

It is designed for vessels with freeboard heights of between 3.8 metres and 12.5 metres and has a small deck footprint meaning it doesn’t waste valuable space. It is simple and quick to install (and re-install after service) and can be retrofitted to existing vessels.

Survitec will also be exhibiting other products at the event including liferafts, life jackets and a whole suite of other safety products.

Seatrade has long been one of the cruise industry’s premier global events, with more than 11,000 registered attendees in 2017.

This year’s event takes place at the Fort Lauderdale/Broward County Convention Center from the 6th to the 8th of March.

In addition to an extensive array of exhibitors, the event will host a number of theatre-based sessions on cruising innovation, safety and security and a keynote speech on the state of the global cruise industry.

Mark Baines, Global Vice President Cruise at Survitec, said: “Evacuation slides are very much a safety product of last resort, so they are rarely called into action. While we hope that passengers never have the need to use one, cruise operators have to prepare for every eventuality so need to have all their safety bases covered. The opportunity to see the SurvitecZodiac Super Slide fully deployed and available to test is rarely offered, so we hope as many Seatrade attendees as possible come along to our stand to give it a go.

“The sheer scale of the slide is impressive enough when deployed at sea, but within the confines of a convention centre will be even more visually arresting. We’re sure it will be the talk of the show, a memorable experience for those testing it and a first for the cruise industry in the US.”