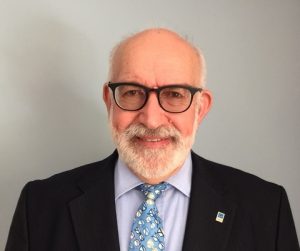 The BDI ended up at 948 points – down five since yesterday, and 107 since Thursday the 29th of March when it stood at 1,055 – the point when we raised the alarm. The geopolitics are worsening and the trade wars add “substance” to the norm of current wars we witness. John Faraclas recap – the second major one during this extended Easter period 28/3 to 10/4/2018:

The Panamaxes continued to fall with the BPI losing 26 points and on a weekly basis the loss was substantial,  178 points – from 1,495!

The Handies’ BSI lost a point and now stands at 643; on a weekly basis nine points were lost – from 652…

Very simply: a downwards three-digit dry market creating a gap of 1,299 points from the  2,247 points –  the “benchmark-level” so to speak as of the end of December 2013; reality bites!

In our view we might see a contained rise of the BDI as the Capers will see an improvement and soon the Panamaxes will follow suit, but there are other obstacles that might appear mainly Geopolitics and the trade wars… that will spoil the broth…

The Wets were also down once again; the last published BDTI (Dirties) and BCTI (Cleans) stood at 646 and 510 points – down two and ten respectively. On a weekly basis both Wet indices were down – the Dirties 16 and the Cleans 53 – from 662 and 563 points respectively…

The WTI stood at US$ 62.00 and this is still too much for the poor masses to bear; caution!

The Geopolitics remain explosive and we suggest that all must be on guard for imminent eventualities… Our politicians, their cronies – diplomats and business leaders, wish as soon as possible an all-out war on all fronts. Indeed this matches the old Greek maxim which numerous time in this column and other analysis we have mentioned and  believe is absolutely true: ” ‘War Father of All’  if you don’t destroy you cannot rebuilt, this is the pitiful message of History”. Obviously no one accepts this despicable behaviour of the above groups we mentioned above, as business hooliganism is the name of the Game and Day, but revenge will be lethal; remember this! Being more pragmatic, the product of the Second World War was the long period timecharters of the 50’s, 60’s and 70’s to rebuilt the World.

Wishing all a nice weekend and also a Happy Easter to the Christian Orthodox World with Good Health above all. Remain on guard from dangers emanating from Pirates and Terrorists  wherever you are on Planet Ocean!