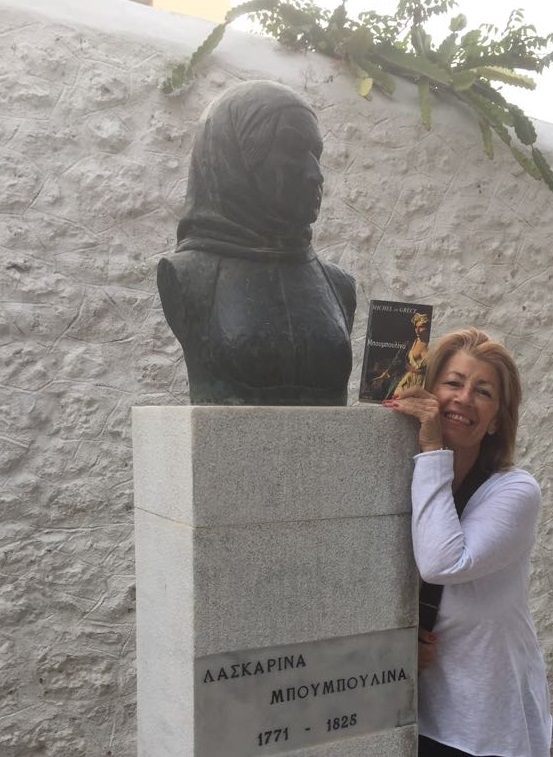 It was about time – nearly two centuries, after 193 years  from her death, the Spetsiot heroine of the Greek War of Independence in 1821 to be awarded the rank of vice-admiral! John Faraclas writes:

A very timely move by Greece’s ministry of National Defence  to honour the first Greek patriot who raised the revolutionary flag on the mast of her ship, the legendrya “Agamemnon”.

We were educated and given the spiritual eagerness for freedom and we have to remember and honour always all these heroes and heroines who freed Greece for a second time after the Persian adventure with Hellenism changing the route of history, particularly that of the so called today “Western World”. Equally today with whatever goes on, not only in the Aegean but beyond, with the premeditated and unfortunately until now supported or keeping a blind eye attitude from many nations including superpowers with Turkey, this award rings the bell of Freedom and to be on guard and maintain Greek and European Independence.

As an Alumnus from the Anargyrios and Corgiallenios College of Spetses (AKSS),  Bouboulina and the Spetsiots sea-fighters makes me feel both honoured and content to be present for six consecutive years in the memorial for all and in particular for Laskarina Bouboulina! Whenever in Spetses I pay my tribute and respects to her and all local Greek War of Independence heroes!

We were fortunate to have Anny Zade in Spetses immediately the news made the round all over Planet Ocean!  She is lately studying the life of this sea-warrior-maiden; the latest book we review is that of Michel de Grece on Bouboulina.