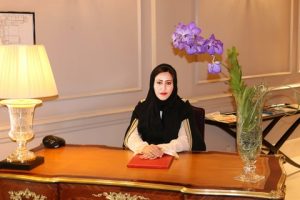 Boosting trade relations is high on the agenda of the ambassador of the United Arab Emirates to Denmark.

Her Excellency Fatema Khamis Al Mazrouei says that her Copenhagen base is a strong platform for furthering growing links with the European Union as a whole.

She is encouraged by a flurry of diplomatic activity in this sphere in recent times.

“The relations between the UAE and the EU have increased and improved significantly over the past 10 years, with the EU opening a delegation in the UAE and EU member countries opening embassies in the UAE, as well as the UAE opening several embassies throughout the EU,” she enthused.

“The UAE is very keen on ensuring collaboration with the EU, and in January 2018 the EU and the UAE signed a cooperation agreement to enhance relations through increased political dialogue, trade and cooperation towards regional stability in the Middle East.”

This is bolstered by the fact that the UAE is the only Arab territory whose citizens are exempt from visa requirements to enter the Schengen area, reinforcing the close relationship between the partner blocs. 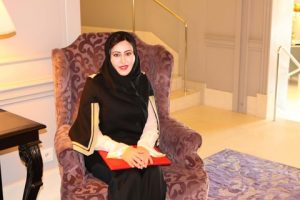 “Cooperation with the EU is additionally essential to reach the UAE’s Vision 2021 to boost growth and accelerate economic diversification,” ambassador Al Mazrouei continued. “The UAE is an important trading partner for the EU in the Middle East, and there are vast opportunities to increase trade between the EU and the UAE, particularly within the fields of green technology, IT and telecommunications technologies including Artificial Intelligence, as well as services and tourism.”

Close cooperation with European institutions has been a main theme of her career in the diplomatic service. She maintains enviable connections with the external relations department of the European Commission. Among her priorities are organising visits of Emirati official delegations and coordinating with appropriate departments in institutions based in Belgium.

Her extensive ties with Europe include being a UAE delegate to an EU workshop on effective programming for countering violent extremism; attending the second European Union-League of Arab States foreign affairs ministerial meeting in Cairo; joining the plenary session in Strasbourg on the Human Rights Situation in the UAE; and meetings between the EU and Gulf Cooperation Council.

Before arriving in the Danish capital, from 2013 she was in Cairo as head of the UAE economic department there, dealing with bilateral relations between the emirates federation and Egypt, and she was a member of the project UAE and Egypt Task Force.

The ambassador was already no stranger to European life and politics. From August 2010 until 2013, she was deputy chief of mission in the UAE embassy in Belgium. As head of the political department she monitored closely the impact of international political developments on the euro zone, and represented her mission in the meetings of the legislative European bodies: the parliament, commission, and council which is known as the Consilium.

She was prominent in enhancing communication between her embassy and institutions in Belgium and building a network with influential journalists at European and Belgian levels.

From December 2010 to March 2011, she was in charge of NATO affairs in Brussels, with special reference to non-NATO contributor countries to the International Security Assistance Force (ISAF) for Afghanistan; to NATO involvement in Operation Unified Protector for Libya; and for NATO’s Istanbul Cooperation Initiative, which aims to offer countries of the Middle East bilateral security cooperation.

Earlier, from May 2006 to July 2010, she was second secretary in the political department of the UAE embassy in Washington DC, and represented the mission at the World Bank, International Monetary Fund, Senate and the House of Representatives.

When she was hired by the UAE ministry of foreign affairs in May 2000 and assigned to the Arab affairs administration for five years, she became the federation’s first female attaché. Two months earlier, she had attended the first Arab Women’s Summit in Cairo. She put this early experience to use as organiser of the programme for international relations hosted by the Emirates Diplomatic Institute.

She was involved in the Women in Lands of Emigration conference in Amman, Jordan, and the Women and Politics Forum in Damascus when Syria had been at peace.

Fatema Khamis Al Mazrouei presented her credentials to Queen Margrethe II of Denmark in 2017 at the Amalienborg Palace. Later in 2017 she had formally met Pia Kjærsgaard, speaker of the Danish Parliament, who praised the achievements of the UAE in women’s empowerment and other areas, and expressed the hope that bilateral ties would grow.

Women make up 30% of the UAE diplomatic corps, and ambassador Al Mazrouei says that the appointment of female envoys of the UAE has inspired women’s freedoms and gender equality, and is a symbol of pride for Emirati women.

Denmark’s representation in the UAE includes an embassy in Abu Dhabi and a consulate in Dubai.