Signatory States to an agreement aimed at repressing piracy, armed robbery and illicit maritime activity in the western Indian Ocean and the Gulf of Aden Area have agreed that building response capability and information sharing are vital steps towards achieving a more safe and secure maritime environment.

The signatories to the revised Code of Conduct concerning the repression of piracy, armed robbery against ships and illicit maritime activity in the western Indian Ocean and the Gulf of Aden Area, known as the Jeddah Amendment to the Djibouti Code of Conduct 2017, were meeting In Jeddah, Saudi Arabia, for a high level workshop (7-10 May) for all signatory States and States eligible to sign the Jeddah Amendment, donors and implementing partners

The workshop, convened by IMO with the theme of “Taking action to enhance regional maritime security”, discussed the next steps in implementing the Djibouti Code of Conduct and its 2017 Jeddah Amendments, in order to strengthen regional cooperation and information sharing to ensure safe and secure regional waters. Information sharing could include data related to maritime crimes, best practices, legal frameworks, training programmes and national initiatives that will lead to enhanced maritime domain awareness – the effective understanding of what happens at sea and effective maritime security. 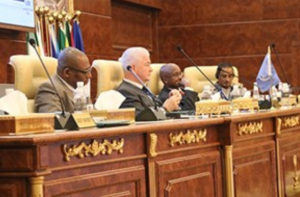 The participants agreed that piracy off the coast of Somalia is contained, but continues to be a threat. A long term comprehensive solution is required that also addresses other maritime security issues. These could include transnational organised crimes, including smuggling of people, trafficking of drugs, weapons, wildlife, and charcoal, illegal, unregulated and unreported fishing, violent extremism and maritime terrorism, including the risk of attacks against oil and gas installations and transport systems, They also emphasized the need to consider good maritime security as a prerequisite for a well-developed maritime sector in the region and for a thriving blue economy within the context of sustainable development goals.

The participants re-emphasised their commitment to developing capability, legal frameworks and inter-agency cooperation at national level as the foundation for effective regional cooperation in tackling maritime insecurity. This will allow countries to develop and strengthen the opportunities provided by the blue economy for the well-being of their respective population.

Following a range of presentations, participants and observer delegations witnessed a large-scale exercise and demonstration by the Border Guard of the Kingdom of Saudi Arabia which included a number of maritime focussed scenarios. Briefings by all participants on national achievements, plans and provided an opportunity for experience sharing and lessons learned, to enhance alignment of national plans with regional plans and to facilitate requests for external assistance from development partners. 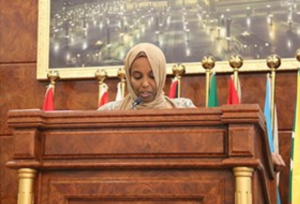 The workshop participants welcomed the capacity building work of international organisations, including IMO, INTERPOL, and the UNODC, as well as non-governmental organizations, including the One Earth Future Foundation’s Stable Seas project and the SafeSeas initiative led by Cardiff University. Donors were thanked, in particular Japan and the Kingdom of Saudi Arabia for their contributions to the Djibouti Code of Conduct Trust Fund administered by IMO. Further donations were requested to support the implementation of the Code, including assistance to the Djibouti Regional Training Centre.