Autonomous ships should comply with COLREGs, says The Nautical Institute 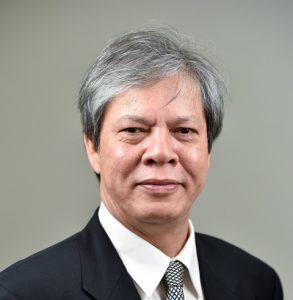 06.06.18 – All vessels, regardless of whether they are autonomous or not, should comply with the COLREGs, said Captain Ghulam Hussain FNI, head of The Nautical Institute’s delegation to the IMO as the debate into MASS started in earnest at the IMO. The introduction of autonomous vessels is one of this year’s most hotly debated topics – but autonomous craft already exist and the relationship between autonomous and non-autonomous vessels must be absolutely clear.

Capt Hussain was taking part in the Maritime Safety Committee Meeting at IMO (MSC 99). The Committee is beginning a regulatory scoping exercise for the use of Maritime Autonomous Surface Ships (MASS), which aims to define conditions for the introduction and use of autonomous ships.

The Nautical Institute also highlighted to the Committee that, as many technologies associated with autonomous operation will be fitted to manned vessels, the exercise should take into account how these systems can best be used by the professional crews onboard.

The Committee agreed that autonomous craft should be required to comply with relevant international regulations, including COLREGs. They also noted suggestions from the NI and others that the exercise should take into consideration:
• Human element aspects, in particular those related to remote operation and related training;
• The impact on seafarers, both in terms of competency and training;
• Interactions between conventional and autonomous ships (e.g. VHF voice communications), including non-SOLAS recreational ships;
• Data and communication systems requirements;
• Cybersecurity;
• The availability of related technologies in different countries.

“The Nautical Institute will stay engaged in this debate at the IMO and beyond to ensure that the voice of maritime professionals is taken into account as this new dimension of technology is developed,” said Capt Hussain.

Management of lists of insiders with solution from Oslo Børs